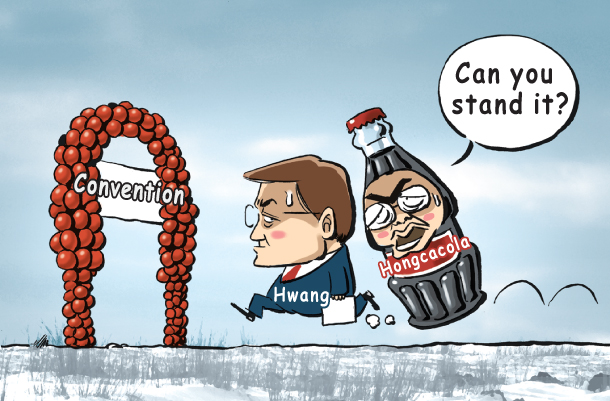 After Hwang Kyo-an, former prime minister in the Park Geun-hye administration and acting president after her ouster in March 2017, entered the opposition Liberty Korea Party to probably run for party leader in a February party convention, Hong Joon-pyo, former chairman of the embattled party, raised questions about his ability to deal with mudslinging from rivals in the race. Hong’s nickname is “Hongcacola” for his straightforward remarks on political issues.