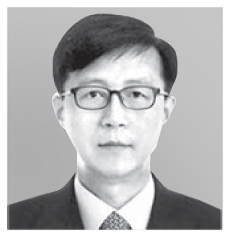 Shin Bong-sup
The author, a former general consul to Shenyang, China, is a visiting professor at Hallym University.

North Korean leader Kim Jong-un made a surprise visit to China at the beginning of the year, signaling the beginning of a Northeast Asian diplomacy push with his fourth visit since March 2017. He met with Chinese President Xi Jinping and pledged a “new leap” in bilateral relations. In a second North Korea-U.S. summit, he said he would make efforts to produce results that the international community would welcome. It could be a positive note, but the prospects are not so optimistic. As North Korean and Chinese leaders agreed to work together, the situation becomes increasingly complicated.

It seems necessary to consider a multi-dimensional equation. First of all, it is necessary to analyze the nature and implications of Kim’s visit to China and respond accordingly. The situation should be accurately read. The North Korea-China relationship should be understood. Pyongyang-Beijing relations cannot deviate from a certain range in the balance of strategic interests.

First, the uncertainty of denuclearization increased after North Korea-China summit. There are mixed views on whether Kim’s China visit would help or hinder the second North-U.S. summit. Our government hopes it would be positive, but shadows linger. With China behind it, North Korea is bargaining that it could seek a new path. That could irritate the United States. Strangely, U.S. President Donald Trump is quiet about it on Twitter.

Kim’s New Year’s address sent two messages on denuclearization. The first is “seeking a new path”, and the other is multipartite talks. The former is a signal that North Korea may go its own way after its hopes were dashed following clashes with the United States in September 2018 over sanctions. The latter is for Pyongyang to conclude peace by bringing in China. North Korea does not send a message and then think, but rather it sends a message only after it finishes contemplation and review. Kim’s latest trip to China suggests that North Korea has already begun to implement the two messages. It is going far ahead.

Second, it is noteworthy that the focus is shifting from denuclearization to North Korea issues after the summit between Kim and Chinese leader Xi Jinping. China has had a two-track strategy on its North Korea policy. While denuclearization needs to be resolved, China considers North Korea a country in which it has a big stake. For China, denuclearization is a goal to work on together with the United States, but North Korea’s political value is something China cannot concede, especially as the United States increases pressures on China. So Xi has called Kim and posed as a sponsor. China may have finished a year-long taming of North Korea and might begin to intervene in Korean Peninsula issues in a big way.

I toured the North Korea-China border late last year. Not much has changed from 2017, when China escalated sanctions to the maximum. I could read the atmosphere at the customs post at Dandong, Liaoning Province, and at Hunchun Quanhe Port, Jilin Province. Cars going into North Korea had full loads, but returning vehicles were empty. I visited China three times last year and it seems the sanctions remained intact.

Trade statistics show it. From January to November 2018, trade between North Korea and China totalled $2.23 billion, 52.9 percent less than the same period of the previous year. In a relationship in which 94.7 percent of North Korea’s trade is with China, however, there is no way to find an escape with another country. From the beginning of the year, Kim has kept a low profile and has taken note of Xi’s remarks, which means he is that desperate.

Third, South Korea needs to find its own space in the North Korea-China frame. China is the country that signed the armistice, and North Korea invited China as “a partner to jointly study and coordinate the negotiation process for denuclearization.” It is necessary to manage the situation by making sure Pyongyang does not deviate from the denuclearization track through China. As history shows, North Korea-China relations don’t get better or worse than a certain range. Those are the dynamics between them and there is a space for South Korea to squeeze in.

At this juncture, we need to be careful that denuclearization is not swept away in the U.S.-China trade war. The political chaos after the departure of U.S. Secretary of Defense James Mattis could make North Korea feel buying time would be advantageous. After the first half of the year, the United States will enter the presidential election campaign period. Then, denuclearization will become tougher.

The Moon Jae-in administration considers various options, even undesirable ones, and prepares for Season 2 of the nuclear talks.