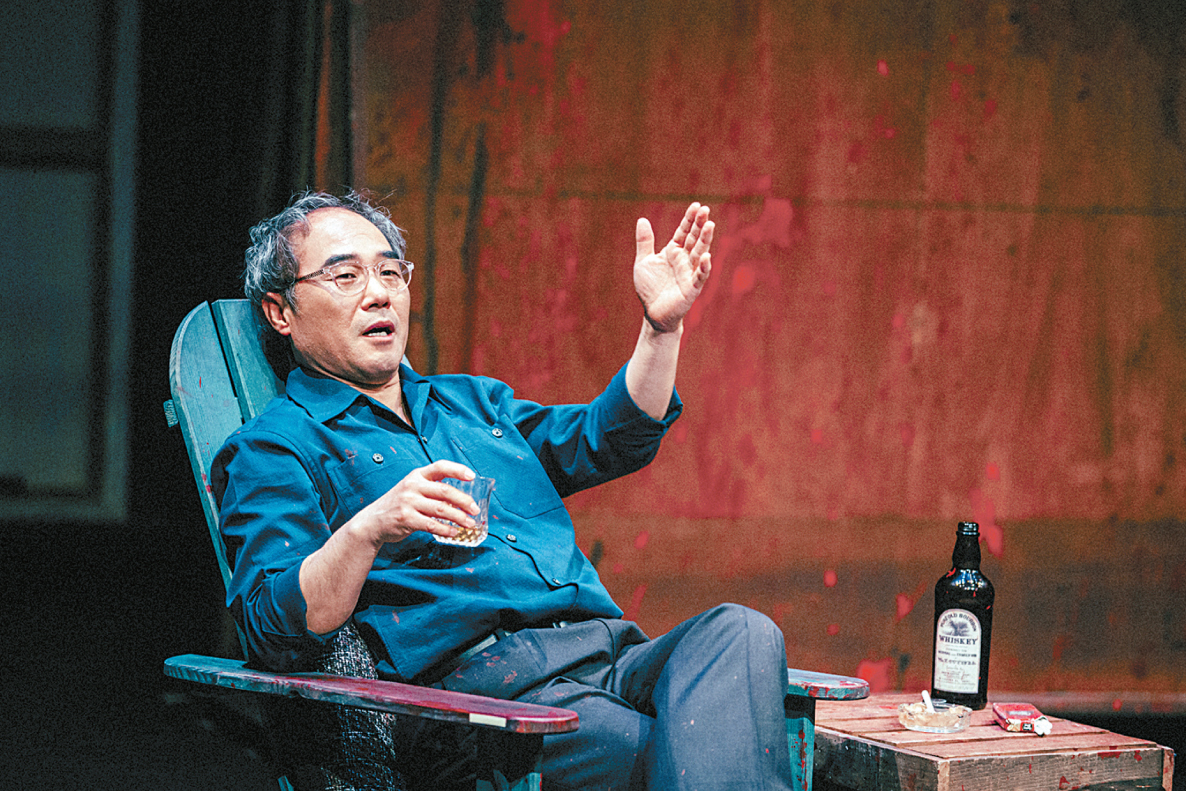 The Korean production of the play “Red,” by John Logan, tells the life story of the abstract expressionist artist Mark Rothko and is currently being staged at the Jayu Theater of the Seoul Arts Center, southern Seoul. [SEENSEE COMPANY]

The 11-member boy band Wanna One will hold their final concert before they disband after having been active for a year and a half. 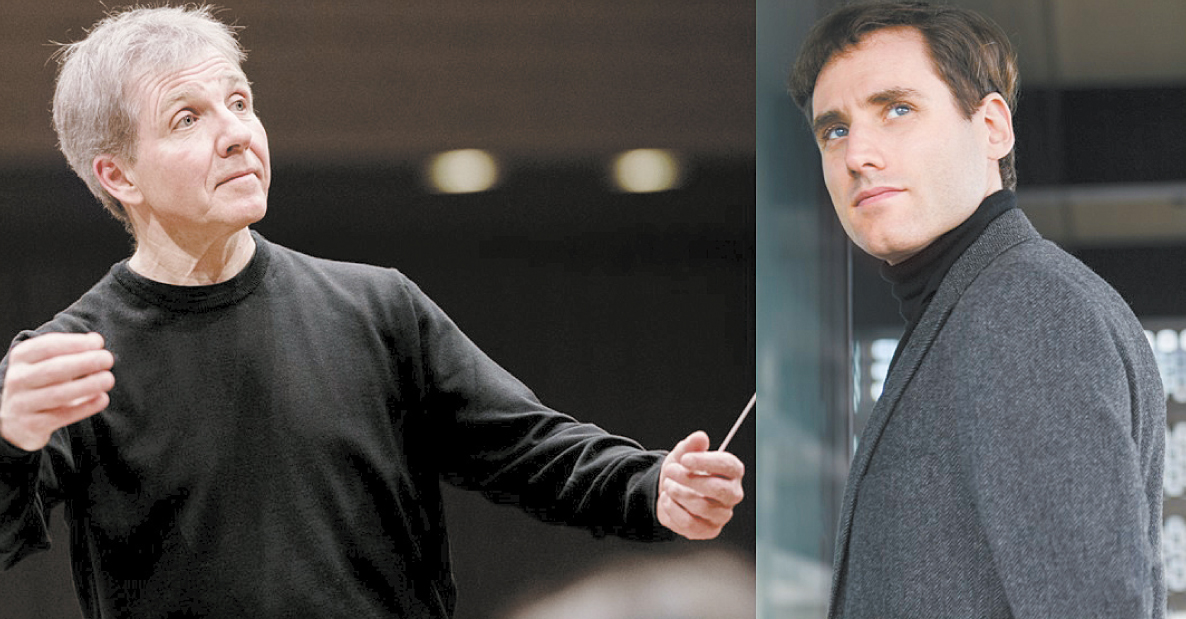 Swiss conductor Thierry Fischer and the Russian-born pianist Boris Giltburg will come together to perform Rachmaninoff’s “Ruslan Glinka and Ludmilla`s Overture, Piano Concerto No. 3 in D minor, Op. 30,” and Stravinsky’s “The Rite of Spring,” accompanied by the Seoul Philharmonic Orchestra. Conductor and flutist, Fischer began his musical career as Principal Flute in Hamburg and at the Zurich Opera, where he studied scores with Nikolaus Harnoncourt before pursuing a career as a conductor in his 30s. He has been the Music Director of the Utah Symphony since 2009 and has recently extended his contract to 2022. He has also served as the principal guest conductor for the Seoul Philharmonic Orchestra since 2017. Meanwhile, the young pianist Giltburg is globally known as a deeply sensitive, insightful and compelling interpreter. His fervent, narrative-driven approach to performances has been praised by critics. With a repertoire ranging from Beethoven to Shostakovich, he has gained an increasing amount of recognition for his interpretations of Rachmaninov in recent years.

The concert begins at 8 p.m. on both days.

“RED” was written in 2009 by John Logan and tells the story of abstract expressionist painter Mark Rothko (1903-70) at the height of his career. Rothko struggles with the creation of a number of large paintings that were commissioned as a series intended to be featured in New York’s brand-new Four Seasons Restaurant. As Rothko and his youthful assistant, Ken, paint, they challenge one another with deep questions about art. For the Korean production, actors Kang Shin-il and Jeong Bo-seok alternately play the lead role, while Kim Do-bin and Park Jeong-bok both play Ken.

“Elisabeth” is a musical fusion of fantasy and fiction based on the life of Elisabeth von Wittelsbach, the empress of Austria and queen of Hungary, from her childhood until her murder in 1898.

The show features Ock Joo-hyun, a former member of girl group Fin.K.L, who has played the role of Elisabeth in many productions. The role is also played by actors Kim So-hyun and Shin Young-sook. 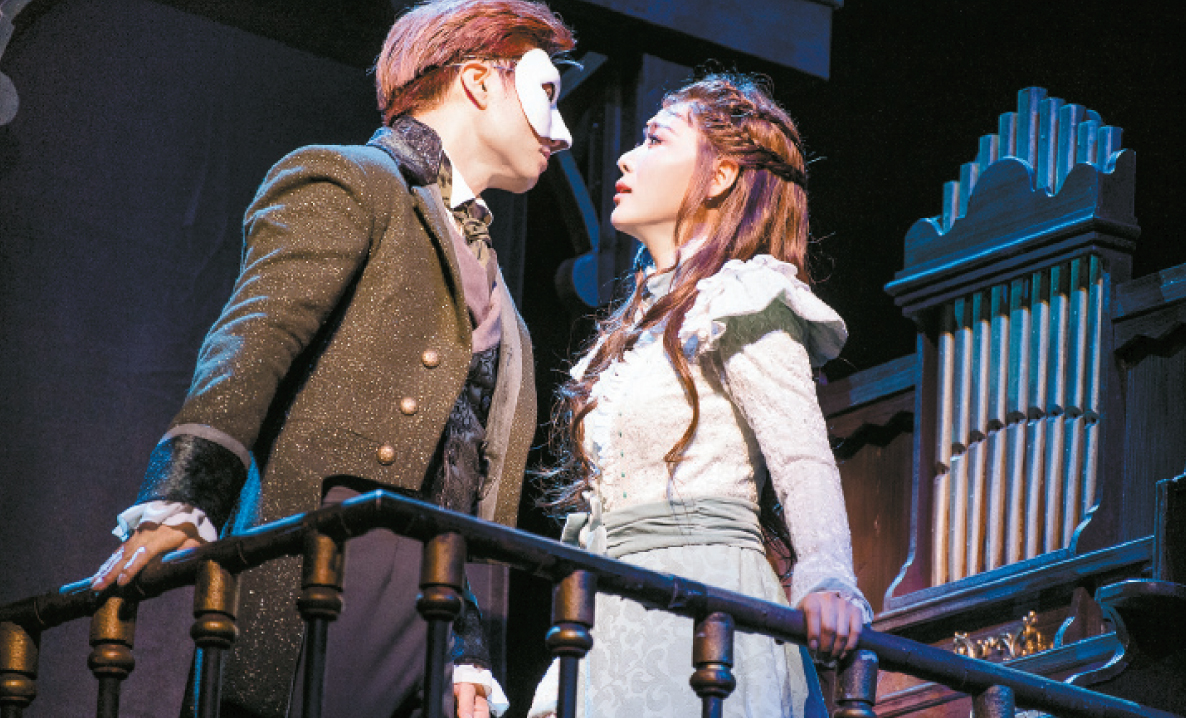 The musical takes place in a Paris opera theater during the late 19th century. The musically-gifted Erik lives in the theater’s underground, avoiding people at all costs and hiding his face with a mask.

One day he hears Christine sing and falls in love with her heavenly voice and pure soul. Determined to make her the opera’s new diva, he secretly gives her lessons, helping her give her best performance. But the performance is ruined by the wicked scheme of the jealous Charlotta. Enraged, Erik takes revenge on Charlotta in a dreadful way.