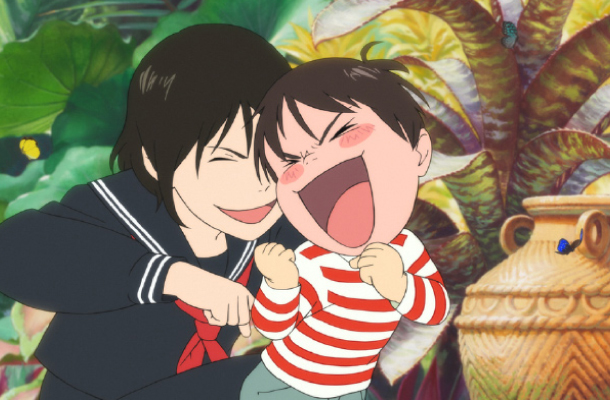 Kun is a four-year-old boy who has a newborn sister. At first, he is very excited about having a new sibling, but that sense of excitement soon turns into jealousy when he realizes all his parents’ attention and love have been taken away from him and given instead to his new sister, Mirai, a Japanese name that translates to “future.”

After one of the many tantrums Kun throws in front of his parents for not loving him enough, he stomps off to the garden where he meets a strange man believed to be the human version of a dog the family raises. On another occasion, he meets a middle school girl who claims to be Mirai from the future.

Directed by Mamoru Hosoda, best known in Korea for “The Boy and the Beast” (2015) and “The Girl Who Leapt Through Time” (2006), his latest title is a coming-of-age film that shows time travel through the eyes of Kun.

Hong Jang-mi (Yoo Ho-jeong) is the nagging and nosy mother of a daughter (Chae Soo-bin). Her ordinary days, however, begin to turn around when she, by chance, encounters an old friend Myeong-hwan (Park Sung-woong). The encounter risks Jang-mi having to reveal the past she hoped to keep hidden from the people around her. 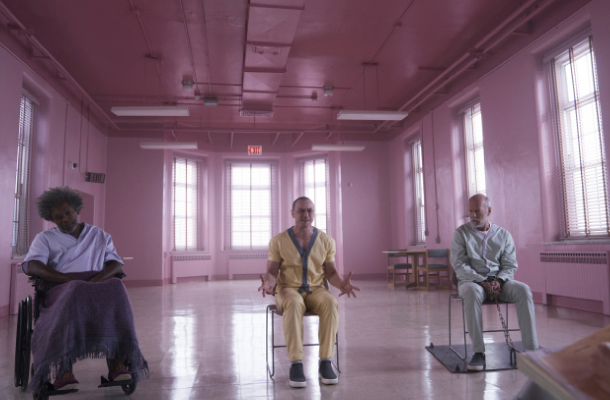 Bringing back James McAvoy, Bruce Willis and Samuel L. Jackson to the screen, “Glass” centers on David Dunn (Willis), the Philadelphia security guard from “Unbreakable” who realized that he is invincible, and Elijah Price (Jackson) from the same title, whose bones break like a glass, earning him the nickname “Mr. Glass”. Elijah’s physical weakness leads him to escape into the world of comic books, with a strong desire to know whether superheroes really exist. Then there is Kevin Wendell Crumb (McAvoy), a disturbed man with 24 personalities.

Beginning only a few weeks after the events of “Split,” Dunn uses his abilities to track down and capture The Beast, the most dangerous of Crumb’s 24 personalities. Orchestrating the fight is Price, who holds the secret that the two men are desperate to know about.

Sarah Paulson also appears in the movie as Dr. Ellie Staple, a psychiatrist that believes she can cure the three troubled characters.

“Kursk” is inspired by 2000’s Kursk submarine disaster, which led to the deaths of more than 100 Russian sailors. A little more than 20 crew members who were trapped alive in one of the vessel’s remaining compartments inside the wrecked submarine desperately waited for help to arrive while their oxygen ran out.

In Danish director Thomas Vinterberg’s retelling of the story, Matthias Schoenaerts plays the role of Mikhail Kalekov. He and his fellow sailors go on a naval exercise and head deep underwater in the Kursk submarine for a weapons test. But the equipment begins to malfunction and a set of explosions, triggered by missiles stacked inside, rip through the submarine. A small number of survivors - including Mikhail, who is the senior surviving officer aboard the doomed submarine - await their rescue.

Also shown in the film are the panicked families on land who await the return of their loved ones, as well as the bureaucratic idiocy that involves the Russian government’s refusal to accept an offer of assistance from foreign governments for fear of losing face and leaking secrets.

Colin Firth co-stars in the title, playing the real-life British commander David Russell, who tries to help rescue the men struggling to survive under the sea. 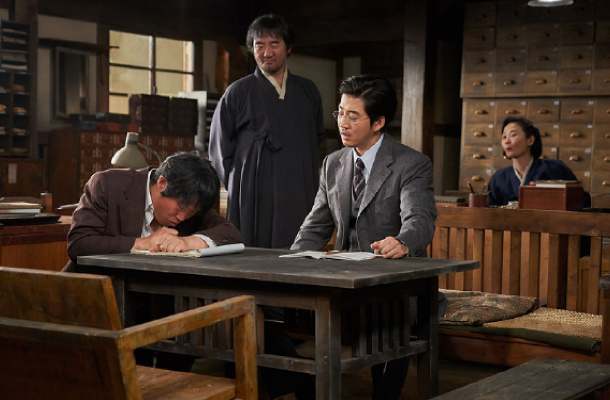 Dong-hyeon (Jinyoung) is an overweight high school student, who, along with his friend Hyeon-jeong (Lee Soo-min), are the targets of bullying at school.

Everything, however, changes when Dong-hyeon accidentally falls from the top of the school building and his body lands on a middle-aged gang member named Pan-su (Park Sung-woong), who had been walking down the street.

Though Pan-su’s body falls into a coma, his soul enters the body of Dong-hyeon. Following the body-swap, Dong-hyeon suddenly begins courageously beating up the bullies who had previously bothered him, and after shedding weight, becomes a school heart-throb.

It later turns out that Hyeon-jeong’s mother Mi-seon (Ra Mi-ran) is Pan-su’s first love, and he is not hesitant to express his love for her despite his new appearance.

Set in southern California in the 1980s, the movie revolves around a group of wealthy young men in Los Angeles and the strivers who will do anything to join the group and to keep the Ponzi scheme afloat.

Ansel Elgort from “Baby Driver” (2017) stars as Joe Hunt, who enjoys a spectacular rise and eventually suffers a calamitous fall after a financial scam, and co-stars with Kevin Spacey, his co-star from “Baby Driver,” who here portrays Ron Levin, a nimble dealmaker and con artist who immediately spots potential in the boys’ work and lures Hunt into a new scheme that gives him a $4 million financing deal. 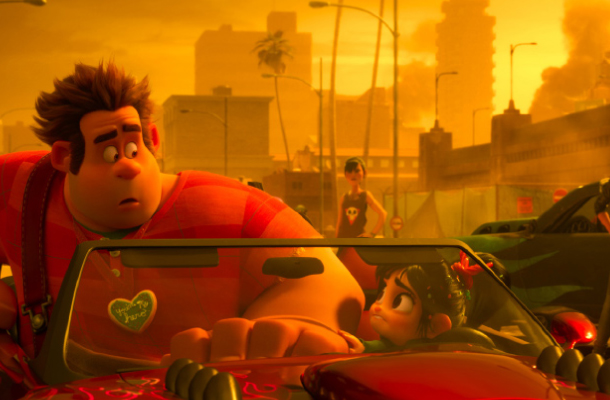 Set six years after “Wreck-It Ralph,” Disney’s “Ralph Breaks the Internet” reunites friendly video game villain Ralph (voiced by John C. Reilly) and his friend Vanellope (Sarah Silverman). While Ralph is happy with his current life, Vanellope feels bored by the predictability of her game, Sugar Rush, and is looking for something more exciting.

Ralph tries to make his restless friend happy by creating a secret bonus track for her. This, in turn, causes the game’s steering wheel to break. The only place to find a replacement for the antique is on eBay. To prevent the game from being unplugged, the pair travels into a newly-installed Wi-Fi router at Litwak’s Family Fun Center and Arcade, to procure the new wheel for the old game before it’s too late.

To raise the funds, they learn the rules of the new world and try to go viral by making a series of videos.