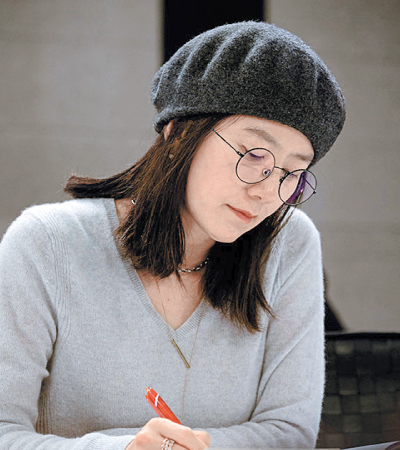 Actor Kim Hee-ae is returning to the silver screen in the upcoming film “The Full Moon” (translated title).

According to film distributor Little Big Pictures on Wednesday, Kim has been cast in “The Full Moon” and will begin filming this month.

The romance film tells the story of Yun-hui, played by Kim, who one day receives a letter from her first love and looks back on her past memories. Kim has been cast alongside Japanese actor Nakamura Yuko, who will play Yun-hui’s longtime friend Jun.

Kim Hee-ae is a renowned actor who debuted in 1983 with the film “The First Day of the Twentieth Year.” She recently starred in the films “Herstory” and “The Vanished,” which were both released in 2018.