Can Korea maintain its exports?

Can Korea maintain its exports? 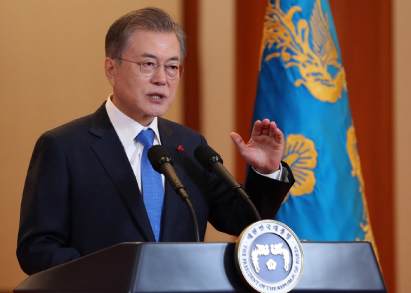 CHANG CHUNG-HOON
The author is an industrial news reporter of the JoongAng Ilbo.

Last year, Korea’s exports totaled $605.2 billion. Seventy years since the country started exporting in 1948, Korea broke the $600-billion mark. Only the United States, China, Germany, Japan, France and the Netherlands have exported more than $600 billion. President Moon Jae-in began the New Year’s press conference by mentioning the exports. It is a great accomplishment to take pride in.

The problem is that semiconductors are an industry that is very sensitive to the economy. From the year’s outset, many have said the party is over. Chinese companies supported by government authorities will begin the mass production of semiconductor this year. In many ways, the prospects for semiconductor exports are gloomy. In the meantime, other major export industries declined last year, including automobiles, shipbuilding, home appliances and display. The prospect for this year is not so bright either.

The Korean economy’s external dependence is over 70 percent. Nearly 40 percent of Korea’s gross domestic product (GDP) comes from exports. Korea is a high-risk country as it has a small and open economy. Unless domestic consumption increases drastically, exports should thrive whether we like it or not. When exports are brisk, jobs are created and incomes grow.

Can Korea maintain its $600-billion exports? Developing future industries is more urgent than ever. Only then can Korea lower its dependence on semiconductors and diversify its export portfolios. The government designated eight leading industries for the future in 2017. They include electric vehicles, robots, bio-health, aviation-space, energy and new material industries, all of which are related to the fourth industrial revolution. These are the fields that other countries also focus on. It is proof that these industries have future potential,
In reality, however, I cannot see any promising chance in these eight industries. Though their portions of export are insignificant, the government’s research investment assistance also decreased in certain areas, not to mention the layers of regulations hindering certain industries. President Moon Jae-in announced his administration will invest 3.6 trillion won ($3.2 billion) into the eight prospective industries. It is fortunate that the eight future industries will receive attention, even if it is delayed.