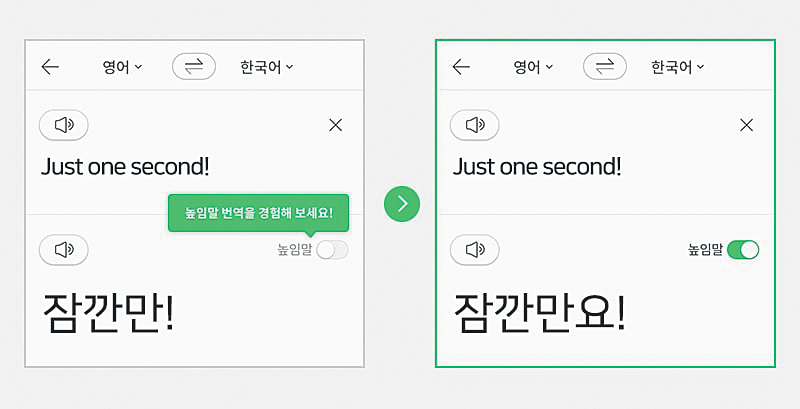 A new switch added in between the two input boxes on Naver’s Papago allows users to translate the same English phrase to a standard or honorific Korean form. [NAVER]

Honorifics can often prove to be a headache for people learning Korean. The Korean language has a complicated system of verb and subject changes according to the listener’s age or social position.

To help learners out, Naver’s translation website and app Papago has been updated to translate honorific expressions when changing English to Korean, the company said Wednesday. This is the first time an online translator has offered such a function.

A button has been added to the service in between the two input boxes for Korean and English.

When clicked, the English phrase is translated into an honorific sentence in Korean based on the grammar rules that affect the subject, object and verb.

More than one sentence can be translated at a time.