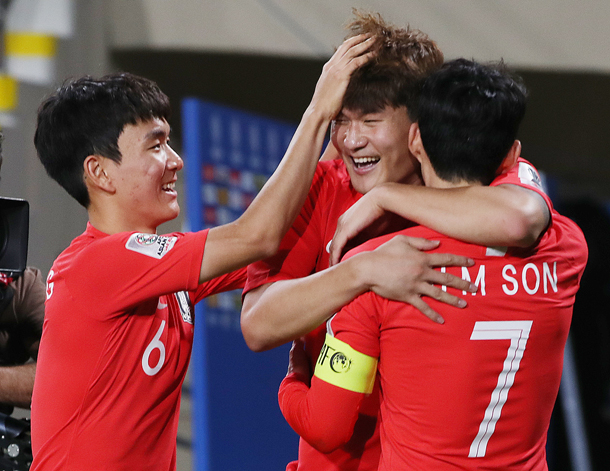 Although he didn’t score either of the goals, the return of captain Son Heung-min of Tottenham Hotspur once again proved crucial for the team’s victory.

Korea looked dominant from the start, and just 14 minutes into the game a foul on Son in the box gave the Taeguk Warriors a penalty. Hwang Ui-jo of Gamba Osaka has no problem taking the shot, and Korea pulled ahead 1-0.

Korea held a slim lead for the rest of the first half until Kim Min-jae of the Jeonbuk Hyundai Motors gave the team some breathing room with a well placed header in the 51st, assisted by Son.

"I'm a bit tired," Son said after the game. "But it's an honour to wear this red shirt and play for the national team. My first game of the tournament, a clean sheet, 2-0 - it's a happy afternoon."

The team will now be able to recover for five days before playing in the Round of 16 on Tuesday.