KAI dreams of its own passenger plane by 2030

KAI dreams of its own passenger plane by 2030 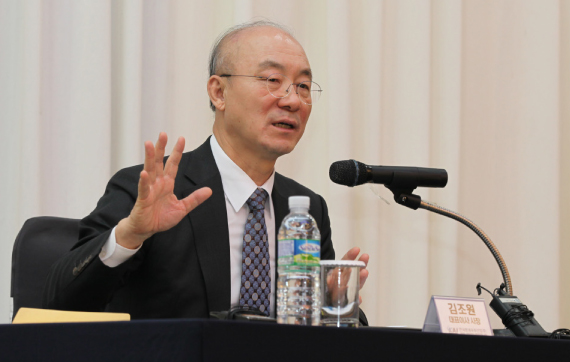 “We want to move away from being the government’s munitions factory and be reborn as a real aerospace company,” said KAI President and CEO Kim Jo-won during a press conference in southern Seoul on Thursday.

Kim revealed that the company is hoping to build its own passenger aircraft by 2030. Specifically, he said the plan is to supply small travel planes for tours around Mount Paektu as tensions between Seoul and Pyongyang continue to ease. KAI does not currently manufacture civilian aircraft independently.

“We are certain that the demand for aircraft will spike if we achieve North-South economic cooperation and peace in Northeast Asia,” said Kim. “We will begin acquiring the technology necessary to build civilian aircraft and aim to start independent manufacturing from 2026.”

Kim added that KAI is also planning to build next-generation aircraft like military drones and aircraft powered with sustainable energy like electricity.

Korea’s aerospace market is only worth around 4 trillion won today.

The aircraft maker was established in 1999 through a government-led union of three aerospace firms to become Korea’s sole military aircraft supplier.

In recent years, however, the company has been trying to decrease its dependence on the government.

Last year, it raised 60 percent of its annual revenue of 2.7 trillion won from selling civilian aircraft parts and exporting military aircraft to overseas destinations like Indonesia.

Kim also apologized at the conference for the fatal accident in July that killed five marines who were onboard a KAI-made helicopter that crashed due to a faulty mast.