Kim-Trump summit may be in March or April in Vietnam

Kim-Trump summit may be in March or April in Vietnam 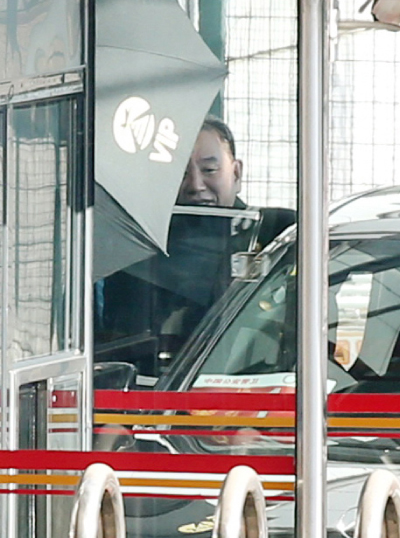 U.S. President Donald Trump may soon announce that a second summit with North Korean leader Kim Jong-un could take place in March or April, likely in Vietnam, according to a U.S. media report.

An announcement will hinge on what sort of message Kim Yong-chol, who doubles as director of the North’s United Front Department which is responsible for inter-Korean relations, delivers to Trump.

The Washington Post reported Thursday said that a second North-U.S. summit, if announced soon, could take place in March or April, and that Da Nang in Vietnam was the most likely venue, citing people familiar with diplomatic activity over the past month.

Trump could make an announcement of a second summit as early as Friday, it reported, citing U.S. and Asian diplomats.

Trump has previously said three venues were being considered for a second summit, which could be held as soon as this month or February.

Kim was spotted arriving at the Beijing Capital International Airport Thursday morning and was booked for United Airlines flight UA808 to Washington for later that evening.

Diplomatic sources have indicated Kim will likely visit the White House Friday to meet with Trump to deliver the North Korean leader’s letter, which presumably contains his thoughts on a date and location for the second summit.

Kim Yong-chol is the first high-ranking North Korean official flying directly into Washington, another indicator of Pyongyang’s resolve to go ahead with a second summit.

He last visited the White House in the beginning of June after holding talks with U.S. Secretary of State Mike Pompeo in New York.

Pompeo last visited Pyongyang in October to meet with Kim Jong-un, but denuclearization dialogue has been at an impasse since then.

Kim Yong-chol, a former spymaster, is also expected to meet with CIA director Gina Haspel, who has become more involved in matters related to Pyongyang’s nuclear threat in recent months.

Kim’s Washington schedule was seen to be extended from two days to three. He was initially booked on a flight to return to Beijing from Washington for Friday noon, but he was confirmed instead to be booked on an Air China flight for Saturday.

Vietnamese government officials have pushed for Da Nang over its capital Hanoi as the venue for the North-U.S. summit because of their ability to secure the area.

Da Nang, a coastal resort city that is a growing economic hub for central Vietnam, is in a sense similar to Singapore’s Sentosa Island, the venue of the June 12 North-U.S. summit.

After extensive surveying by North Korean and U.S. officials, Sentosa was ultimately selected because of its infrastructure and Singapore’s ability to secure the isolated island for the high-profile summit.

But Republican Rep. Michael McCaul of Texas told Voice of America Wednesday, “I met with East Asia-Pacific ambassadors yesterday at the State Department. It’s likely it will happen in Hanoi.”

Ahead of Kim’s visit, U.S. Vice President Mike Pence said at a conference of American ambassadors at the State Department Wednesday that Washington still awaits “steps by North Korea to dismantle the nuclear weapons that threaten our people and our allies in the region.”

The Trump administration was also set to release its missile defense review Thursday that recommends additional interceptors at a third U.S. site to defend against intercontinental ballistic missiles (ICBMs).

If Kim’s visit to the White House goes smoothly, it may segue to the first working-level talks between Stephen Biegun, the U.S. special representative for North Korea, and his North Korean counterpart, Vice Foreign Minister Choe Son-hui.

South Korea has been closely monitoring the planning for a second North-U.S. summit, as the meeting could help set in motion its inter-Korean projects as well as a visit by Kim Jong-un to Seoul.

“We hope that high-level talks can set a good basis to bring to fruition a successful North-U.S. summit,” said Blue House spokesman Kim Eui-kyeom in a briefing Thursday on Kim Yong-chol’s Washington visit.

The spokesman said he could not confirm reports of a second summit being held in March or April in Da Nang, nor when Kim Jong-un may visit Seoul for a fourth summit with South Korean President Moon Jae-in.

Spokesman Kim added, “Discussions on the [North Korean leader’s] visit to Seoul can come only after the North-U.S. summit takes place. Before then, no such discussions, nor any planning, will take place.”

As planning for a second North-U.S. summit is moving along, South Korean diplomats held meetings with U.S. and Chinese negotiators on the denuclearization issue.