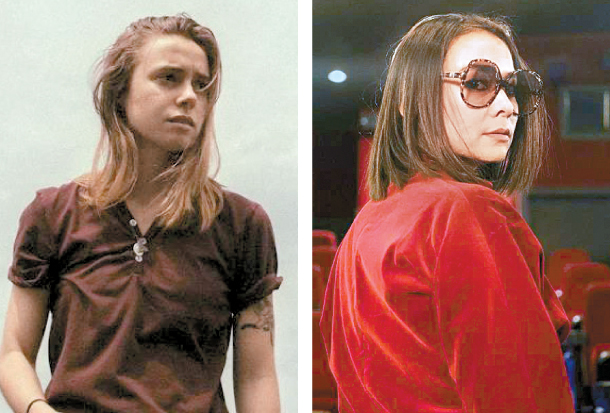 American singer-songwriters Julien Baker, left, and Mitski will hold their first concerts in Korea in February.

Baker will perform at the Rolling Hall in Hongdae, western Seoul, on Feb. 8. Mitski will perform on Feb. 15 in the same location.

Baker is famous for her delicate and exquisite emotional connection. As a Christian and a lesbian, she often sings about her personal experiences.

She is a member of the alternative rock band Forrister, and she released her first solo album entitled “Sprained Ankle” in 2015.

In 2017, she signed a contract with the label Matador and released her second solo album, “Turn Out The Lights” soon after.

She is currently a member of the band boygenius, which is a group formed in 2018 and made up of Baker, Phoebe Bridgers and Lucy Dacus.

Mitski, who will be performing a week later, is coming off of a successful 2018.

Her fifth album “Be the Cowboy” was ranked first on U.S. music website Pitchfork’s “The 50 Best Albums of 2018.”

The Japanese-American singer gained fame after the release of her third album, “Bury Me at Makeout Creek,” and quickly became an indie music star with her fourth and fifth albums, “Puberty 2” and “Be the Cowboy.”

Her soulful pop melodies and honest lyrics have a distinctive tone.

Both artists’ tickets can be purchased via ticket seller Melon Ticket’s website. The opening acts will be Korean singer-songwriter Doma for Baker and Airy for Mitski.