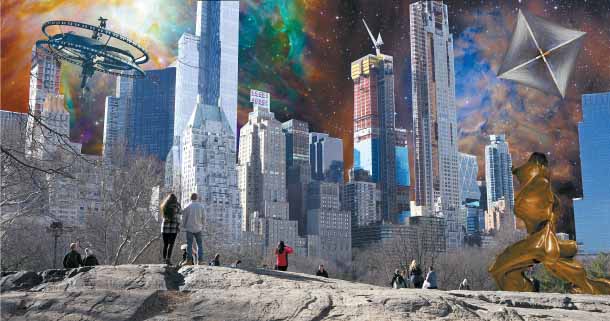 A still from “Current Layers”(2018). The video work by young Korean artist Yeom Ji-hye will be part of the “The Square, Aspiration” exhibition scheduled to be held at the MMCA Seoul this autumn, to celebrate the March First Movement’s 100th anniversary. [MMCA]

It will be another busy year for art lovers in Korea. Exhibitions will be abundant given the lineups announced by major museums and commercial galleries. They can be roughly summarized into four categories.

First, there will be several exhibitions celebrating the 100th anniversary of the March First Movement, the nonviolent demonstration of Korean people against the Japanese colonialism in 1919.

Most of the shows feature international artists. The shows recall that the movement was not only an important event in Korean history, but also in the world. It was one of the earliest nonviolent protests against imperialism.

Questions about the meaning of the movement continue to be posed today.

Second, solo shows of the art world’s big names are scheduled for this year. They include a large-scale David Hockney retrospective, the British artist who recently wowed the world when his painting fetched a record $90.3 million for the work of a living artist.

Third, there will be several solo shows and group exhibitions of the artists who use or experiment with new media and technologies, such as virtual reality (VR) and artificial intelligence (AI).

Fourth, there will be many exhibitions that shed light on forgotten or overlooked local modern artists.

Here is the list of must-see exhibitions in these categories:

Daegu Art Museum, Daegu
From Jan. 29 through May 12


THE WORLD FOR US ALL

The show focuses on the March First Movement’s meaning today in the context of post-colonialism, with works by international artists such as Ahmet Ögüt and William Kentridge.

Celebrating not only the March First Movement’s 100th anniversary, but also the National Museum of Modern and Contemporary Art’s 50th anniversary, the large-scale exhibition looks back on the Korean art history over the last 100 years. The “Liberation” exhibition features 150 works by Korean modern masters, such as Kim Whanki and Lee Quoede. The “Liberty” show looks into sociopolitical keywords over the last century, such as “war” and “resistance,” with 300 works by international artists including Kim Kulim and Christian Boltanski. The “Aspiration” exhibition deals with future issues through 50 works by young contemporary Korean artists, including Jang Minseung and Yeom Jihye.

SeMA, Seoul
From March 22 through Aug.4

The exhibition, in collaboration with the Tate museum, features about 80 works by the contemporary painting master David Hockney, including the iconic “A Bigger Splash.”

Kukje Gallery, Seoul
From May 16 through June 30

The solo exhibition of Swiss artist Ugo Rondinone, known for his public projects, features a range of his sculptures, including “the sun”(2017), a 5-meter-wide (16-foot-wide) ring of cast bronze tree branches, first installed in front of The Fountain of Apollo at the Château de Versailles in 2017.

Buk Seoul Museum of SeMA
From March 12 through June 9

On the 30th anniversary of the World Wide Web (WWW), the exhibition deals with the history of art based on the web.

MMCA Seoul
From March 23 through July 28

The exhibition explores social issues related to new technologies such as big data, blockchain and AI with works by artists such as Kim Sylbee and Superflex.

The solo show of American artist Trevor Paglen, who won the 2018 Nam June Paik Art Center Prize, will feature his works involving art, science and investigative journalism to question the role of technology in culture. 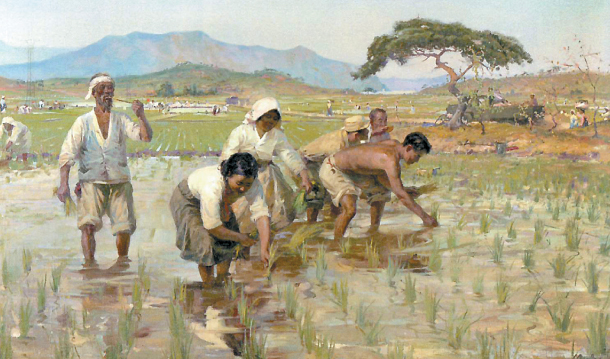 Varlen Pen (1916-1990), or Byeon Wol-lyong, is a rare example of a successful painter of Korean ethnicity in Russia. However, few South Koreans had heard of the artist due to the Cold War, until the first-ever retrospective of Byeon in Korea at the MMCA Deoksugung in 2016. This second solo show will feature his paintings and drawings.


REDISCOVERY OF MODERN ARTISTS I

MMCA Deoksugung
From May 30 through Sept.15

The exhibition will be part of a series of shows that introduce Korean modern artists forgotten or overlooked due to early death, exile to North Korea or isolation from the main stream. Part One will feature six artists, including Lim Gun-hong and Chung Kyu.