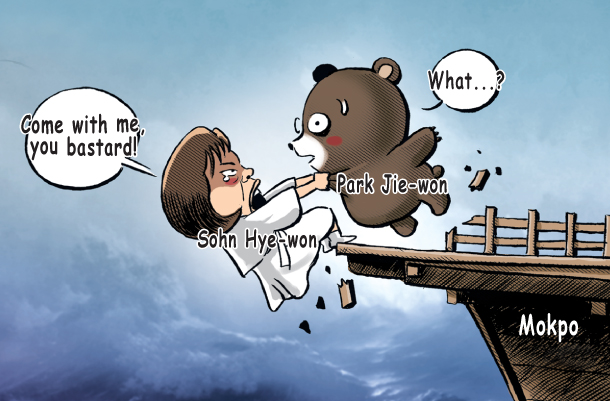 Rep. Sohn Hye-won, who is accused of real estate speculation in Mokpo, accused Rep. Park Jie-won of masterminding the attack against her in order to construct high-rise buildings in favor of developers. She demanded in a press conference that Park and the developers be investigated by prosecutors, along with her.