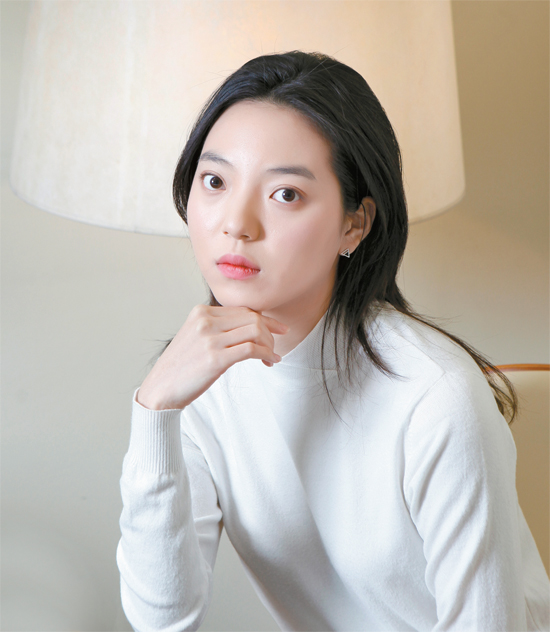 The ails of Korean society that the feminist wave was able to unveil last year were many, but among them was one issue that particularly angered young women: molka, or surreptitious filming with spycams.

In a country where all forms of pornography are deemed illegal, women live in fear of having videos of them taken unknowingly and spread online, where they are consumed in substitute of legal adult videos. The fear is apparent in almost all public toilets across the country, where women have filled random holes with tissues or stickers that they carry around with them to avoid being filmed.

Jung’s short film was released in October with the help of SK Broadband’s “Be Creator” project that funds young movie makers. The directors of each of the films in the project were all chosen through an open competition that took place last March. Her work was chosen as the best of the series.

For someone who only studied film for a year and half at the Korea National University of Arts, a major she took on after graduating from Dongkuk University’s department of creative writing, the movie is quite touching.

The 25 minute-long movie follows the difficulties that 26-year-old main character Hye-won faces in her life two years after a video of her having sex with her boyfriend spread online and forced her to drop out of university. She makes a living working part-time jobs at restaurants while fighting through the struggles of life she must face because of her past and her present. At the same time, she must check everyday to see whether her video has been uploaded anywhere else.

“The movie is an adaption of a book that I wrote three years ago titled ‘Homo Regret,’” said Jung. “But whereas the movie takes place in the viewpoint of Hye-won, the original is written in the first-person view of Hye-won’s friend. There wasn’t anyone or any incident in particular that got me to write the story, but I always wanted to write a story about love, and what’s left behind by a former love.”

Jung sat for an interview with the Korea JoongAng Daily in which she talked about the filming the movie and how she hopes that more people will become aware of how molka destroys people’s lives. The following are edited excerpts. 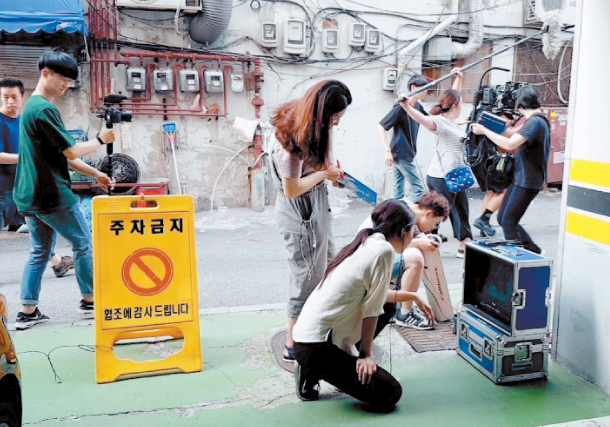 Director Jung Hye-won on the set of her film. [JUNG HYE-WON]

Q. Tell us a little bit about yourself. When did you start studying filming?

A. I’m in my second year of my master’s degree in multimedia at the Korea National University of Arts. I have thought about this subject since December 2016 and started filming the movie in March. Everything was finished in October.

This is your film debut. Where did the brainstorming process begin for the story?

I wanted to write a story - and eventually a film - about love, and what’s left behind after love dies between two people. The dirty residue of love was my main focus, and I especially wanted to make a realistic horror movie which touches on something that scares everyone in the real world, especially people in their 20s.

Is that why you chose the subject of molka?

Yes. We know that there are a lot of victims of illegal filming and distribution out there. I wondered, what kind of lives do those people live afterwards? Is it possible to live? I thought it would be rude for me to make up a story that’s too unrealistic - if I was too optimistic, then it would have been lying. At first, I thought that the movie would be just for adults because of the subject it’s dealing with. Plus, I was worried that minors would copy the things shown in the movie. But in the end, it turned out well.

Did you have any trouble casting actors, especially the male actors because their roles in the film portray a very embarrassing side of the society?

Actually, no. The main character Hye-won was played by someone I already knew, and we held auditions for the other roles. We chose the actor Kim Jae-hoon to play the role of Ji-ho [Hye-won’s ex-boyfriend who uploads the video] because he was the only one who expressed how much he wanted to play that role specifically, and his thoughts on why this movie should be made.

He said, “I don’t think that Ji-ho would have known it’s a crime, just like any other ordinary person who have no awareness regarding this issue. It has not been long that molka has been considered illegal, which is why this should be made into a movie. Even when Ji-ho begs Hye-won to write a petition for him to go to court [to reduce his sentence], Ji-ho says, ‘Do you want me to die, someone you loved?’ So it’s about violence, the violence that’s inflicted onto ordinary people by ordinary people.” It really touched us all. 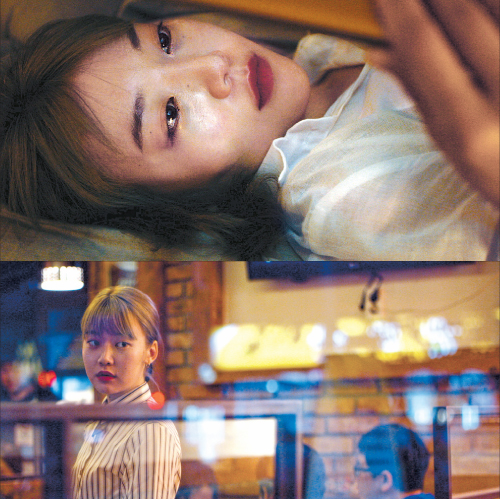 “Lookalike()_22yo_koreancollegegirl.avi” revolves around the main character Hye-won, who struggles to carry on after a video of her having sex spreads online.

In the movie, there’s a part where Ji-ho asks Hye-won to write a petition to the court. It doesn’t say in the movie whether she wrote it or not. What do you think you would have done if you were in her shoes?

I don’t think I would have written it. A lot of people think that Hye-won is a very passive and introverted character because she shies away from people and always living in pain. But I think that she’s underrated. She’s, in fact, the one who called the police and fought through every step of the way that would have taken her to see her ex-boyfriend’s court ruling. She lived, and she still lives. I think that makes her a fighter.

Speaking of which, the main character shares your name. Did you intentionally choose to use your own name?

Yes, and it was to prevent anyone from suffering from any possible secondary damage from the movie. There’s a part where Hye-won submits her resume to get a part-time job at a restaurant - that’s all based on myself. I also wanted to use a common name for the character, because the issue is so prevalent in society and anyone can become a victim.

Are there any scenes you wish you could have changed?

The ultimate goal of the movie was to talk about love, but not in the romantic and beautiful way that we always see. Love isn’t always so pure, and it’s full of scars and agony that young people all live through. Even though the process of love, when it’s taking place, is pleasant and sweet, the remnants of it can be the very opposite - as portrayed in the scene where Hye-won cleans the bowls of spaghetti people have eaten from.

What do you plan to do for your next step?

First, I plan on making a longer version of the movie. I will expand on the story to talk about not only Hye-won but the people around her who also witness and live through the crime together; so the viewpoint of her family, friends and even people who don’t know her well. And I especially want to shed light on her past and let people know that when she was in love with Ji-ho, their relationship wasn’t that different from any other couple’s relationship.

After that, I’d still like to talk about love, but the more realistic side of love: What does love mean in the current day? What does it mean to be in a relationship? These kinds of questions.