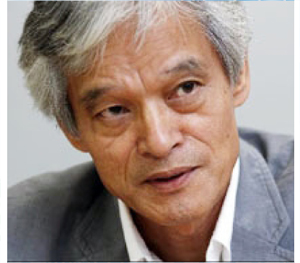 Song Ho-keun
The author is a columnist of JoongAng Ilbo and the Dean of POSTECH’s Humanities and Social Science Department.

The Korean economy is in dismay as its main driver — the semiconductor industry — has slipped into a downward cycle. Even President Moon Jae-in expressed concern during a meeting with business leaders. Shipments in semiconductors are expected to plunge by more than 30 percent this year against last year’s record highs. The semiconductor sector has always been volatile. Moreover, last year’s performance was exceptionally strong. The two chipmakers that dominate the global memory chip market — Samsung Electronics and SK Hynix — posted combined revenues of 130 trillion won ($115.5 billion) last year. That is expected to fall 30 percent this year.

Yet there is a bigger worry. Silicon Valley is in a renaissance period, populated by the young, fearless and risk-taking enterprises booming under generous support from their federal government. Silicon Valley is brimming with ambition and passion interested in upholding global tech supremacy. It has become a hotbed for innovation in the age of convergence. Peripheral outliers can only look upon them with envy.

U.S. Route 101, the highway connecting Silicon Valley with San Francisco, is a lengthy streak of billboards bearing household brand names, as well as those of up-and-coming tech companies. At the forefront of some 500-odd corporate members in the Silicon Empire are Amazon, Google, Microsoft, Apple and Tesla. After shifting the focus of its business from e-commerce to the cloud business, Amazon has achieved revenues of 200 trillion won, while iPhone maker Apple has passed the 250 trillion won milestone. Also nestled in the area are computer systems provider Cisco, Intel and Chinese communications powerhouse Huawei. Indian, Chinese and Korean employees pour out into the streets after dark. There are some Japanese firms along the streets, but they are mostly manufacturing companies. European names are rarely visible.

Google’s new ventures always wow. Its Project X has a mission to invent and launch “moonshot” technologies to make the world a better place. There doesn’t seem to be a limit, although the company does follow certain guidelines. A project should be aimed at solving common challenges of a population of 1 billion people, contribute to advances for mankind and make money regardless of an idea’s novelty. Google’s self-driving vehicle Waymo has been produced through the Project X team with the goal of artificial intelligence (AI) supplementing human flaws on the roads. Its Project Loon is designed to bring instant access to every part of the world by installing wireless routers in balloons high in the skies. The idea is to give internet access to mountainous areas in South America, Africa and islets in Southeast Asia. The internet equipment is powered by chips made by Samsung Electronics.

Nvidia, the inventor of a Graphics Processing Unit (GPU) enabling interactive graphics on computers and mobile devices, has branched out into the telemedicine and smart city sectors. The next-generation GPU changes video into high-definition pictures. When black-and-white X-rays are changed into 3-D imagery, even a medical novice will be able to quickly discern the location of a disease. The AI graphic chip can codify every urban scene and read the exact expression on the faces of a Bedouin nomad standing in a vast remote desert 20 kilometers (12 miles) away. SK Hynix chips make it possible for such magic in Nvidia GPU. New inventions are bringing about revolutionary changes in the world with the help of Korean components. 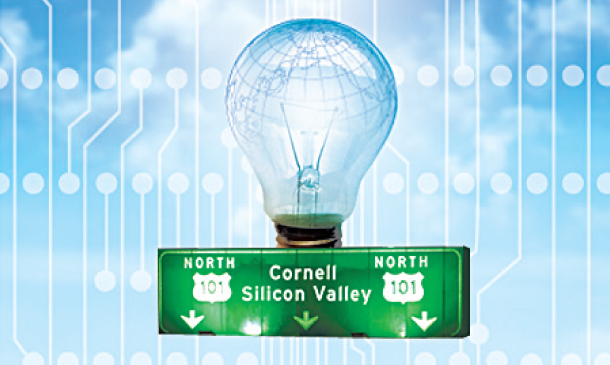 Where were we? While we have been chanting slogans about the creative economy and innovative economy, the United States has created incredible things. While the young in Korea have been fiercely competing for thinning jobs in traditional fields, the young in Silicon Valley were challenged to come up with new ideas and ways to model concepts into business forms, and have been generously rewarded for their achievements.

Their workplaces are called campuses. Few have postgraduate degrees. Thousands of start-ups are devoted to AI and big data. They hit the jackpot if their innovative ideas are commercialized. The U.S. government gives full support to their goals of merging machine and human intelligence. Washington has invoked the Trade Expansion Act’s section 232 on Chinese state-owned Fujian Jinhua Integrated Circuit on charges of economic espionage.

Korea frets about losing its part of the value chain supplying components. But science and engineering universities struggle to draw new students into the semiconductor and technology sectors. Engineering professors devote their time to trying to raise funds for the research of their teams. Companies are stifled by regulations. The government merely chants about a fourth industrial revolution. We may have to settle for having a mini-Silicon version of Pangyo Valley.