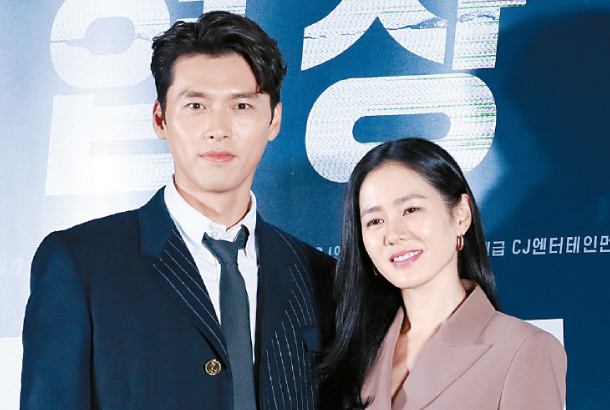 The entertainment world is abuzz after actors Hyun Bin and Son Ye-jin were spotted shopping side-by-side at a market in Los Angeles early Monday.

Several photos of the two shopping for groceries together appeared on social media on Monday, raising suspicions that the two are dating.

“The rumors are false,” the actor said in a statement released by his agency. “We did meet up after I learned that Son was in the United States, and we were shopping along with someone else, who was not caught on camera.”

“I think there has been a misunderstanding since we are close friends.”

The two have been denying dating rumors for the past few weeks. Earlier this month, reports said that the two were seen together in Los Angeles. Some speculated that they were celebrating Son’s birthday, which falls on Jan. 11. Son released a statement strongly denying the rumors, saying that she had traveled to Los Angeles alone.