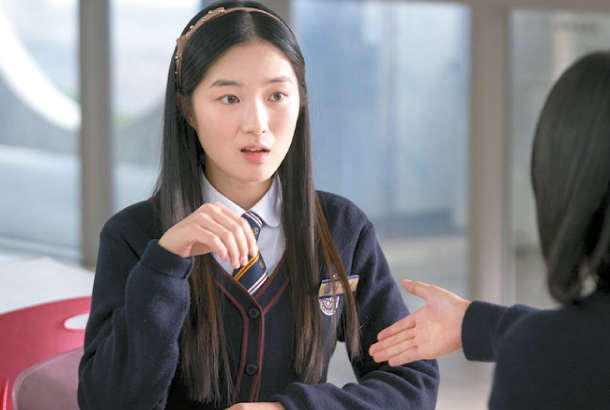 “Kim has recently signed an exclusive contract with the agency,” Sidus HQ announced on Monday.

“Not only is she capable of playing a variety of characters, but she is a recognized actor with strong acting skills.”

Kim is currently starring in the series as Ye-seo, the ambitious daughter of Han Seo-jin (Yum Jung-ah) and Kang Jun-sang (Jung Joon-ho) who hopes to enter Seoul National University - the top university in Korea - and earn a degree in medicine.

“SKY Castle” is currently one of the most popular television dramas in the country. The latest episode, which aired on Saturday, reached a nationwide viewership rate of 22.3 percent.