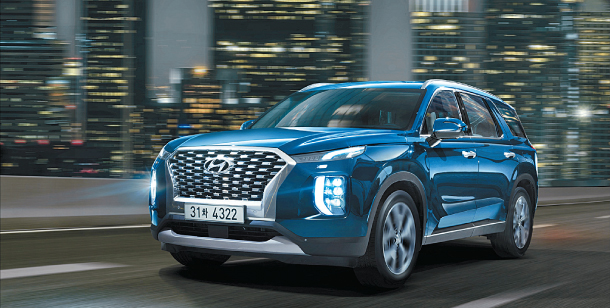 SUVs have recently grabbed the spotlight in Korea, breaking both local and export sales records.

According to the Korea Automobile Manufacturers Association (KAMA), the number of exported SUVs by five local automakers reached a new record of 1.38 million units in 2018, a 6.7 percent increase from the previous year.

Over the same period, overall exports of passenger vehicles declined 3.1 percent to 2.34 million units. The share of SUVs also reached an all-time high.

Compact SUVs from Korea were most popular in export markets. 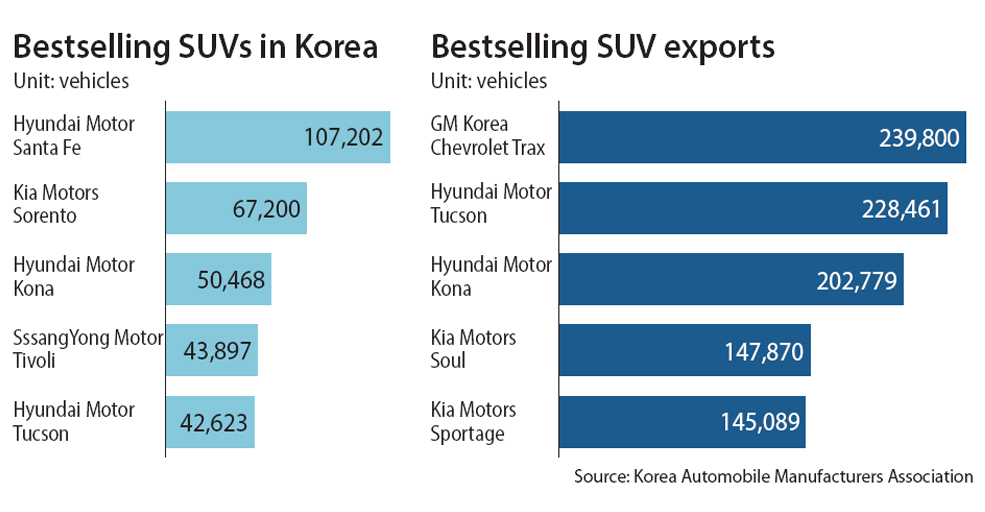 Much of the enthusiasm surrounding SUVs in markets abroad was also present in the local market.

Hyundai Motor’s mid-sized SUV, the Santa Fe, was the most popular in Korea, selling 107,202 units. This was the first time that an SUV model recorded an annual sales figure over 100,000 units.

The SUV market is expected to grow this year.

It will likely take customers around seven months to receive the vehicle if ordered now.

According to Hyundai Motor, the large-sized SUV is popular among older drivers. Customers in their 40s accounted for 37 percent of orders and those in their 50s made up 26.9 percent.

“As high-quality amenities and vehicle stability that used to be developed through sedans is now applied to SUVs, there was quite a bit of progress,” said Kim Pil-soo, a professor of automotive engineering at Daelim University.

“This year’s SUV sales and market share will grow as local and foreign SUVs have adopted the advantages of sedans,” added Kim.