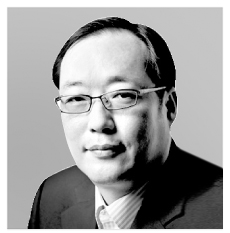 Come to think of it, the biggest “past evil” on the Korean Peninsula is the 74-year national division. Amid constant confrontation with North Korea, anti-communism, the pursuit of industrialization and economic growth were supposed to prove the superiority of South Korea’s system. Those aims overwhelmed all others. As a result, democracy faced limits. Confronting an enemy that threatened to turn Seoul into a “sea of fire,” South Korea repeatedly experienced ironies and irregularities, such as dictatorial regimes, corruption and a lot of unfairness.

Now, an opportunity to resolve the decades-old standoff is approaching as the second North Korea-U.S. summit nears along with Kim Jong-un’s promised visit to the South. Ulrich Beck, a German sociologist, paid attention to changes in Western society following the end of the cold war between the United States and the Soviet Union, and German unification. He concluded that when a mutual enemy disappears, strong internal unity also fades and a society tries to find a new enemy. Frictions between political factions, classes and generations will become more evident, and nostalgia toward the fallen enemy will be channeled into hatred of a new enemy, he analyzed.

History has proven this. Willy Brandt, the German chancellor from the Social Democratic Party of West Germany, started the long walk toward German unification by initiating visits to East Germany and signing a basic agreement between the two Germanys. He faced fierce protests from the established conservatives, who demanded reunification by West Germany’s absorption of East Germany. Brandt managed to avoid resigning after a vote of no confidence failed by a margin of only two votes in 1972. In protest, the opposition party voted down a budget bill the next day. It was a miracle of two votes. Had that miracle not occurred, we may not have seen German unification.

In East Germany, resistance started against Walter Ulbricht, the first secretary of the Socialist Unity Party, for his rejection of détente. Other politburo members — including Erich Honecker — persuaded Leonid Brezhnev, who was general secretary of the Soviet Union at the time, to remove Ulbricht, an obstacle to détente. They even blamed Ulbricht’s health as he was 78 years old at the time. After an internal coup, an order was made that Ulbricht must work only four hours a day and take rest at home on Wednesdays and weekends. In the end, Ulbricht was ousted from power.

U.S. President Barack Obama, who attempted a historic reconciliation with the Islamic world during his first term, also faced a challenge from the “birther” movement, opponents who labeled him an anti-American Muslim from Kenya. Anticipation of the end of racial conflicts after the election of the first-ever black president was premature to say the least. Now, the United States is facing a border wall and anti-immigration policies.

In modern-day Korea, Japan was the common enemy. After colonization ended, the country was marred in ideological conflicts, conflicts between landowners and tenant farmers, and controversies surrounding pro-Japanese collaborators.

President Moon Jae-in, who believes he has a grand mission of achieving peace on the Korean Peninsula, must embrace engagement and reconciliation. With such fierce anger and extreme divisions in the South, he cannot push forward his mission without them. Moon has been increasingly stressing the term “engagement.” Progressive engagement of the vulnerable in our society is meaningful, but it is too small a vessel to contain a grand mission. It can easily end up as a collective selfishness of the liberal group.

The president must take the first initiative to communicate with — and engage — the conservatives. Fortunately, there is a common factor. Aside from the nationalist conservatives who have no intention to reconcile with North Korea, there are market-oriented conservatives who value peace and economic opportunity. Moon must share his vision with the markets and companies, that peace with the North will bring about new markets, railway projects, social overhead capital, electric plants, tourism, information technology and agriculture industries. Who knows, the capitalists may become the strongest backers of Moon.

Politics is also a realm in which reconciliation is often needed. Moon seems to be confined to his own ideology. After spending his young days as a student activist and human rights lawyer, principles can become a yoke for him. His feeling of resistance toward politics and politicians was probably strengthened when he witnessed the secret desires of politicians when he was working as the senior civil affairs secretary for President Roh Moo-hyun.

But how can he expect to accomplish a grand mission without forming an alliance with another elected power? Loyal public servants often try to escape the control of the president as their term nears its end. In order to overcome many hardships, such as ratifying a treaty, cooperating with the National Assembly — and particularly with opposition parties — is a must. Why can’t he think about a coalition, which would allow the conservatives, moderates and opposition politicians to play key roles in his administration by appointing them as foreign and unification ministers and special envoys to the North? The German Socialist Democratic Party appointed Hans-Dietrich Genscher, a leader of its coalition partner the Free Democratic Party, to work as foreign minister for 18 years and navigate the tough road to unification side by side.

As our mutual enemy is disappearing, South Korea is also facing a dilemma in its relationships with its allies. A friendship can easily be replaced by cold national interests. The defense burden-sharing negotiation with the United States and a dispute with Japan on a radar incident are examples of such ruptures. It is undesirable that the South be hemmed in by friends. To upgrade peace on the peninsula to a permanent peace in Northeast Asia, Seoul must find a breakthrough of reconciliation with Tokyo.

Most of all, Moon is required to have the virtue of a higher level of calmness to engage petty enemies by escaping from the confines of political rights and the weight of the presidency. Is there such a big reason that stops him from forgiving whistle-blowers in his government, such as Shin Jae-min and Kim Tae-woo?

President Obama, in a famous speech at Cairo University, talked about engagement. “You must maintain your power through consent, not coercion; you must respect the rights of minorities, and participate with a spirit of tolerance and compromise,” he said. “There is also one rule that lies at the heart of every religion — that we do unto others as we would have them do unto us,” he underscored.