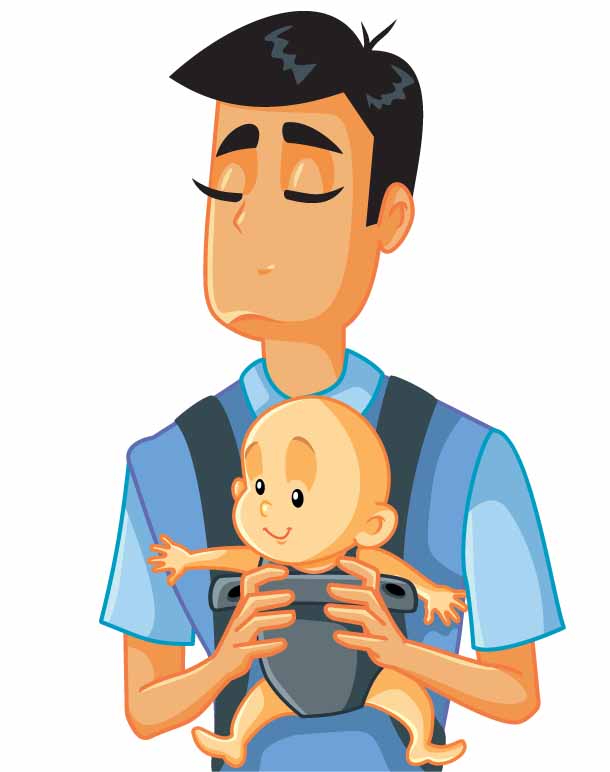 The number of men taking paternity leave surged last year, and now one in five people taking a break from work to raise children are fathers.

According to the Ministry of Employment and Labor on Wednesday, the number of men taking paternity leave reached an all-time record of 17,662 last year, a 46.7 percent increase compared to the previous year.

Men now account for 17.8 percent of all parents on break from work to spend time with children, which is a 4.4 percentage point increase compared to the previous year.

The study also found that cases in which both parents take leave has increased.

Last year, men applying for the paternity leave bonus, which allows a second person in the household to take leave from work and receive 100 percent of their monthly wage for three months, totaled to 6,606, a 49.8 percent increase from a year ago.

“In 2017, I took off to work abroad for a year due to my own personal ambition,” said a father, who has taken a one-year paternity leave. “That decision improved the relationship with my family.”

The father, who works at an electronics company in Suwon and wished not to be named, said he took the leave so he could spend more time with his daughter. The company encouraged him to take the leave.

“I have exceeded my initial goal of becoming friends with my daughter,” the man said.

The study also showed that most people who take paternity leave work at large companies.

Small companies are quickly catching up.

Last year, the number of people working at companies with more than 300 employees and taking paternity leave increased 37.1 percent.

The increase at small companies was considerably faster.

“The government will work on creating an environment where neither parent will be burdened by raising their children,” said Kim Deok-ho, head of the Youth and Women’s Employment Policy Bureau at the Employment Ministry. “We will also provide support to companies that actively adopt programs that allow employees to balance their work and family life.”

Government support will also increase the popularity of paternity leave.

Starting this year, parents on parental leave will be getting 50 percent of their monthly wages, up from last year’s 40 percent. Additionally, the maximum amount that the parents can receive has been raised from 1 million won ($886) a month to 1.2 million won, while the minimum has been increased from 500,000 won to 700,000 won.

The maximum ceiling on the paternity bonus has been increased from 2 million won to 2.5 million won.

The government has also raised the subsidy for companies that allow employees to take parental leave, from 600,000 won per month per person to 1.2 million won.