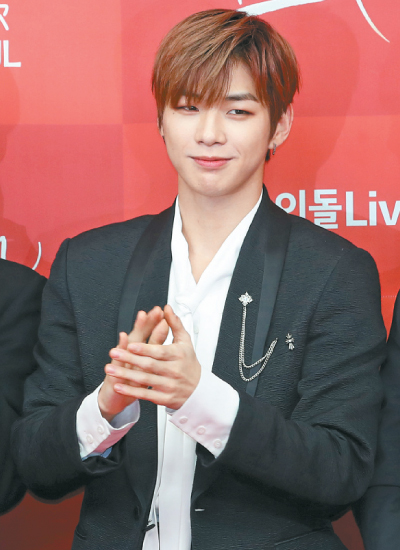 Kang Daniel, member of the recently disbanded boy band Wanna One, has set another record with his online fan club.

Kang’s fan club also reached No. 1 on the fan club ranking in portal website Daum. The ranking is calculated based on a number of factors, including fan club activity (number of posts, visits of the website and new members) and the number of times fans give their support (accumulated by clicking on a support widget on the website).

Kang is the first artist to reach 100,000 members in his official fan club within 40 hours. He surpassed Wanna One by 13 hours.

Earlier this month, he also set a world record as the fastest person to reach one million Instagram followers, breaking the record of Pope Francis, according to Guinness World Records.