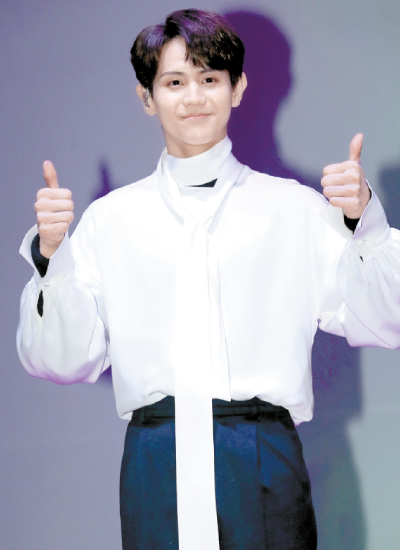 Singer Yang Yo-seob from boy band Highlight will release an EP today, which also happens to be the day he begins his mandatory military duties.

Yang’s agency Around Us Entertainment announced Wednesday that Yang’s EP “20 Full Moons” will be released today at 6 p.m.

The EP consists of two tracks, “With You” and “Moonlight,” both of which are written by the singer. The EP’s title is a promise to fans that he will return after 20 full moons.

The first track “With You” is a ballad dedicated to the other members of his group. In the song, he thanks his members for staying by his side for 10 years.

The second track “Moonlight” is a pop song featuring a catchy melody and tells the story of a confession of love under the moonlight.

Yang is heading to a military training camp today before beginning his military duty as a conscripted police officer.