Lotte to pursue reforms and investment in 2019

Lotte to pursue reforms and investment in 2019 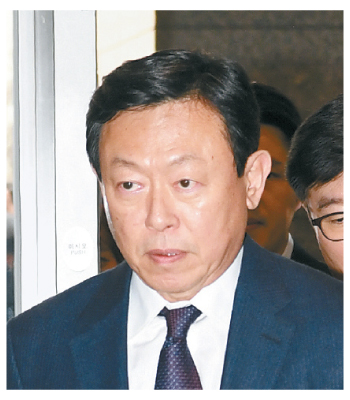 Lotte Group Chairman Shin Dong-bin told affiliate CEOs that he wants reform and aggressive investment in 2019 during a biannual meeting on Wednesday.

Shin missed the last meeting in July as he was serving time in prison for bribery related to former President Park Geun-hye. The first meeting of the year typically deals with each affiliate’s annual goals and direction.

In the first meeting with CEOs after his return, the chairman emphasized that the company was in need of innovation strong enough to rattle its existing business structure.

“We are about to face immense change in the future that is difficult to imagine,” he stressed to affiliate heads at the meeting. “Therefore we have to be thorough in predicting the future and devising preparations according to different scenarios. If we can’t come up with a clear vision or concrete plans, there will be an immense crisis.”

Shin pointed out that the group had been “passive” recently when it comes to making investment decisions, missing opportunities and waiting for too long.

He added that investment decisions have to be made continuously, even when revenue is low and in businesses that the company is doing well in so as to maintain an upper hand in the market.

He also mentioned the possibility of downsizing unprofitable businesses, citing Microsoft becoming global No. 1 by market cap last year after conducting reforms on its business portfolio.

“We should focus on areas with future growth potential and push for rationalization,” said Shin.

Digital transformation, an initiative he has been pushing for in the last few years, also reappeared in Wednesday’s speech.

“Compared to global companies, Lotte has a low investment rate in the IT sector and the fields invested in so far are [relatively] narrow,” he said, urging that the company needs to find ways to get one step closer to customers using existing assets like big data, brick-and-mortar stores and logistics infrastructure.

Recently recruited IT professionals were also called into the meeting to share their opinions on Lotte’s current situation regarding digitalization and areas that can be improved.