Family fights to save son in coma

Family fights to save son in coma 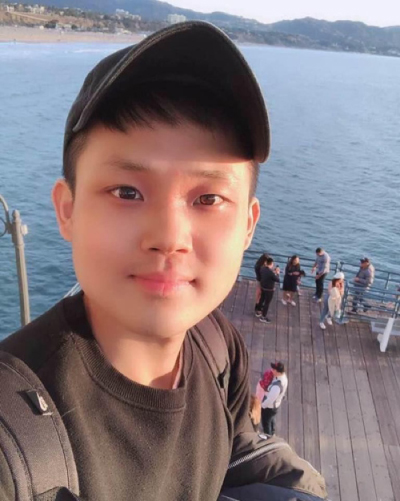 The tragic story of a 25-year-old college student from Busan who is currently in a coma after falling off a cliff at the Grand Canyon late last month has pushed tens of thousands of people to petition the Blue House to bring him home safe.

They’re joining an online campaign launched by the victim’s younger sister, whose family realized they couldn’t cover his medical fees on their own.

The bills are over 1 billion won ($887,000) and counting as Park Joon-hyuk remains bedridden at Flagstaff Medical Center in northern Arizona with severe brain damage. Transferring Park to Korea would require an additional 200 million won, according to his sister.

By Wednesday press time, around 17,100 people signed the petition since it was uploaded onto the Blue House’s official website last Thursday. The presidential office responds to petitions with 200,000 signatures or more.

After spending a year in Vancouver studying English, Park, a mathematics major at Dong-A University, took a trip out west in the United States before he planned to come back to Korea and finish his last year of college.

He joined a tour group and visited the Grand Canyon on Dec. 30. The next day, he was supposed to board a plane to Korea.

Park’s sister didn’t say which country - the United States or Canada - the travel agency was based in, but said her family was going through a “legal issue” with the company because the agency is refusing to take any responsibility for Park’s accident.

Some local media outlets reported that the agency is accusing Park of disobeying its instructions, saying he wandered off to a restricted area to snap a photo before he stumbled and fell. Park’s family reportedly denied this and said he didn’t fall while he was taking pictures.

Park’s younger sister wrote on the Blue House petition that her family immediately flew to Arizona after hearing about what happened to Park.

Seoul’s Foreign Affairs Ministry said in a statement Wednesday that Park fell from a cliff near Yavapai Point, but did not say from what height he fell. The statement continued that the Korean consulate in Los Angeles was providing consular help to Park’s family and that a staff worker from the office was dispatched to the Arizona hospital to offer the government’s condolences.

Park’s younger sister wrote that her brother hasn’t awoken yet despite numerous surgeries. She said her brother has become an “international missing child” who underwent a terrible accident abroad and was forced to face the painful results, unable to go back home.

“If a citizen has to fulfill their obligation to their country and a country has the obligation to protect every one of its people,” Park’s sister wrote, “then I beg you to help Park Joon-hyuk, a member of the Republic of Korea, return home.”

Another Blue House petition urging the government not to help Park, calling it a waste of taxpayers’ money, collected around 50 signatures as of press time after it was uploaded Wednesday.