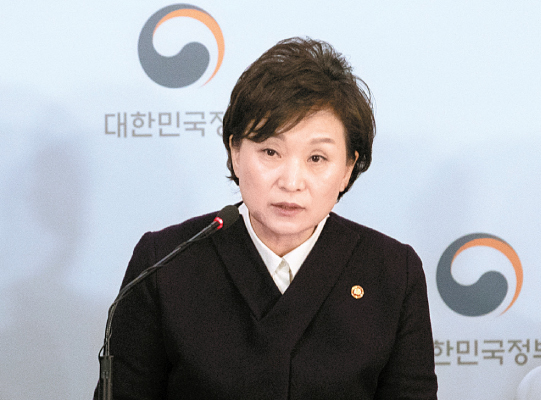 The government-assessed value on single-family houses in the capital for 2019 has increased more rapidly than in any other area and by the most since the current system was developed in 2005.

According to the Ministry of Land, Infrastructure and Transport on Thursday, the average government-assessed value of standalone houses in Seoul rose 17.75 percent compared to a year ago, while the national average was up 9.13 percent.

These are the sharpest increases in 14 years since the current standard was first introduced. The assessed value of single-family houses in Seoul rose 7.92 percent in 2018, while the national average was up 5.51 percent last year. Assessed values in the districts of Yongsan, Gangnam and Mapo rose more than 30 percent.

Experts have been pointing out that the government-assessed value has been far below the market value, which has the net effect of giving a tax break to those with expensive properties and drives speculation.

“Calculating the real estate assessed value is very important as it is not only used in taxation but it is also used in 60 different administrative calculations, including those related to welfare,” Land Minister Kim Hyun-mee said on Thursday. “However, it is true that there has been a huge problem when it comes to the objectivity of the assessed value of single houses, as the values have been much lower than apartments in areas where market values increase significantly.”

“It was because the assessed value didn’t properly reflect the changing market values,” she added

While concerns are now growing over the increasing tax burden as a result of the higher government-assessed values, the Moon Jae-in government has been signaling that it could further tighten the real estate market.

“Housing prices are still high compared to the incomes of middle-income households,” Kim said. “The Blue House agrees that the real estate market has stabilized, but we will not hesitate to take additional measures if there’s even the slightest hint of instability.”

“We will continue to work on policies that will stabilize housing prices,” Kim added.

The ministry said last year the number of single-family houses that will be subject to the comprehensive real estate tax totaled 3,012, up 57.6 percent compared to the previous year’s 1,678. These are all houses with a value higher than 900 million won ($796,400).

In addition to Seoul, the assessed value rose rapidly in a number of other areas. This includes: Daegu in North Gyeongsang, with a 9.18 percent rise; Gwangju in South Jeolla, up 8.71 percent; Sejong, up 7.62 percent; and Jeju Island, with a 6.76 percent rise.

The ministry said the reason assessed values in Seoul rose so much faster than in other areas was due to high demand and the abundance of teardowns, where small structures are demolished and replaced with larger, more valuable buildings.

Within Seoul, the sharpest rise was in Yongsan, where assessed value increased 35.4 percent, followed by Gangnam, up 35 percent. In Mapo, the government-assessed value rose 31.24 percent. In Seocho, it was up 23 percent.

The slowest increase was in South Gyeongsang, where government-assessed value was up 0.69 percent. Last year, the value rose 3.67 percent. South Gyeongsang has been hit hard economically, with shipbuilders and automakers in the area struggling.

The most expensive house according to government-assessed value is a luxury property in Hannam-dong, Yongsan District, Seoul. It is a one-story structure with two floors underground. The house is owned by Lee Myung-hee, chairwoman of Shinsegae and the daughter of the late Samsung Group founder Lee Byung-chul.