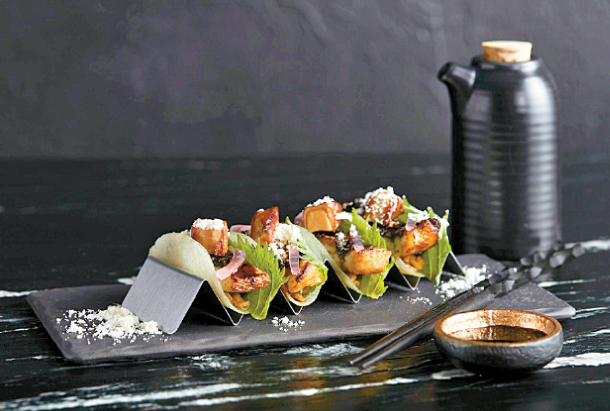 From March 7: Four Seasons Hotel Seoul is set to open a new contemporary Japanese restaurant, Akira Back, this March. Chef Akira Back is a Korean-born and American-raised chef who continues to redefine Asian cuisine to create unique dining experiences around the world. For over 24 years, Chef Back has impressed the culinary world with his bold interpretations of Asian fare that combines classic Japanese cuisine with other international flavors. His adventurous approach to cooking was shaped by his early years as a professional snowboarder, bringing the same level of thrill to the kitchen for inventive and leading-edge masterpieces.

Back now owns a portfolio of restaurants worldwide including Kumi Japanese Restaurant & Bar by Akira Back at Mandalay Bay and the famed Yellowtail Japanese Restaurant & Lounge by Akira Back at Bellagio Resort & Casino in Las Vegas, both part of the prestigious Hakkasan Group portfolio where he is executive chef and partner. Additionally, Chef Akira Back opened his namesake brand, Akira Back Restaurants, in Singapore, Hanoi in Vietnam, New Delhi and Jakarta in Indonesia with additional locations opening in Toronto, Dubai and Bangkok, as well as the restaurant Dosa in Korea, which opened in May 2016 and was awarded one star by The 2018 Michelin Guide Seoul.

In March, Akira Back at Four Seasons Hotel Seoul will introduce a new kind of Japanese cuisine offering gastronomic indulgence never seen before in Seoul.

The menu at Akira Back at the Four Seasons Hotel Seoul will focus on modern Japanese dishes with Korean accents and culinary influences from around the world boasting unexpected flavors, high level of craftsmanship and innovative presentation all using only fresh, high-quality ingredients. Combined with world-class Four Seasons Service and stylish and energetic atmosphere, diners can look forward to a memorable dining experience.

Through March 14: Grand Hilton Seoul is presenting a Valentine’s Day Package for couples who would like to convey their love for each other before Valentine’s Day in February and White Day in March. This package is designed to provide a romantic hotel vacation and a surprise gift for guests. It includes a room, a 30 percent discount for two at the breakfast buffet, a 20 percent discount for a cake at Alpine Deli and a heart-warming white wine called “Haart to Heart”. One package includes a deluxe room and a set of underwear worth 120,000 won ($106), while the executive room packages includes a set of sleepwear and underwear worth 200,000 won.

Guests who purchase one of the packages can enjoy free access to the indoor swimming pool, fitness facilities and a discount at the sauna. This package costs 239,000 won, excluding tax and service charges.

Feb. 1-10: Sheraton Seoul D Cube City Hotel is offering the Sheraton New Year Package for a relaxing Lunar New Year holiday getaway. The Sheraton New Year Package is designed for those who are tired of gathering with relatives, receiving guests or who want to relieve stress during the holiday season and are seeking a comfortable rest. With this package, guests can enjoy a comfortable night in a Deluxe Room along with a healthy breakfast at Feast for two while enjoying beautiful views of the city. Complimentary access to Sheraton Fitness and the indoor swimming pool is included in the package along with a special Lunar New Year gift, a Sheraton blanket. Plan a relaxing getaway with Sheraton Seoul D Cube City Hotel and enjoy a memorable Lunar New Year. The price of the package starts from 225,000 won ($199) per night, excluding tax.