Could Park be pardoned?

Could Park be pardoned? 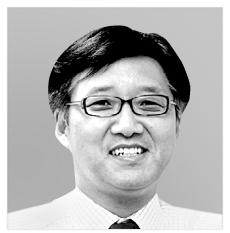 Park Jae-hyun
The author is an editorial writer at the JoongAng Ilbo.

When asked about his opinion on a possible special pardon for former President Park Geun-hye, Hwang Kyo-ahn, who worked as prime minister during her administration, avoided a direct answer. He cited “national unity” in his response. In a press conference he held to mark his joining of the Liberty Korea Party, Hwang said, “Park’s pardon must be judged from the perspective of national unity.” Hwang, a lawyer, knows that it is legally impossible to pardon Park at this point, but used political language.

The legal community said the idea of pardoning Park, promoted by conservatives and some politicians, is nothing more than political rhetoric and has no legal meaning. Since Park was taken into custody on March 31, 2017, she has been in prison for 22 months so far. Members of the legal community are now saying that a political case should be resolved politically. They are reminded of a precedent set by two former presidents. At the end of 1995, the Kim Young-sam administration took former Presidents Chun Doo Hwan and Roh Tae-woo into custody on charges of treason and corruption, but they were pardoned only two years later in December 1997. At the time, Kim was losing support due to the foreign exchange crisis and the administration promoted the pardon as a means to unite the country.

In her trial, Park was sentenced to a total of 33 years of imprisonment for abusing her presidential power for private gain, receiving bribes from the National Intelligence Service and influencing the nominations of her party. The Supreme Court confirmed the two-year imprisonment as the final punishment for the nomination meddling charges, but the two main charges are still pending. Therefore, President Moon Jae-in cannot exercise his right to pardon her because her sentences have not been finalized yet. Some loyal supporters of Park argue that impeachment and indictment are invalid, thus she must be released immediately and unconditionally. Their argument seems unrealistic.

The problem is that the Supreme Court has not taken any action. In an ordinary case, the court is advised to spend no more than six months on an initial trial, an appeal and a final appeal for an accused under detention.

If necessary, the detention can be extended four times at the most, for a two-month term every time. The expiration of Park’s detention, therefore, will be April 16.

Some argue that the detention extension is only possible three times, so her detention expires on Feb. 16, but that is a minority opinion. Park could be released in April, but the possibility is not high.

The slow process in the Supreme Court is influencing the trials of Choi Soon-sil, former chief of staff Kim Ki-choon and Samsung Vice Chairman Lee Jae-yong.

The slow process is also against the law governing the independent council on Park’s case, and the court is actually committing a dereliction of its duty.

The law on the independent council made clear that the initial trial must be ruled within three months of the indictment and the appeal and the final appeal must be completed within two months each from the date of the lower court’s ruling. It was under the principle that an independent council’s indictment must be tried with priority over other cases.
The prosecution and Independent Council Park Young-soo are both frustrated about the situation. They expect that the Supreme Court will waste further time by handing the case to the Grand Bench. In such a case, the final ruling of the Supreme Court is expected at the end of this year or early next year.

Furthermore, the unprecedented crisis of the judiciary, prompted by the detention of former Supreme Court Chief Justice Yang Sung-tae, is making judges uneasy. “It is lamentable,” Supreme Court Chief Justice Kim Myeong-su said, indicating that a situation has been created where the court has to study the political mood. It means that there is little possibility that the trial will be operated independently.

Will Moon be able to decide that he will pardon Park? Park, 67, is already severed of all ties to the outside world. Since her imprisonment, she has met no visitors. Books sent by her lawyer Yoo Yeong-ha and her supporters are the only channel to the outside world. No one believes that she will actually finish the 33-year prison term. Rep. Park Jae-ho of the Democratic Party said through YouTube that Moon will never pardon Park. He said those talking about a presidential pardon do not understand Moon’s character.

But if the economic crisis, Moon’s Achilles’ heel, continues and his approval rating continues to plummet, the ruling party will start discussing the possibility of issuing a special pardon to Park. Observers said Park will be pardoned before the general election in April next year in order to split the conservative opposition by encouraging them to launch a new Park party.

It was reported that some aides at the Blue House, at the end of last year, carefully examined the pros and cons of pardoning Park. They reportedly evaluated her political potential after a special pardon. But what’s necessary first is a legal measure. Whether Park will be pardoned or not can be accessed by how the independent council and the prosecution will act after the Supreme Court hands the case to the Grand Bench.

Who will make the attempt first to bring up a special pardon? How will Moon handle it?

It is also interesting to see if the politics of Park’s special pardon will lead to a breakthrough or will be treated as a card to split the conservative opposition amid its reform initiative.