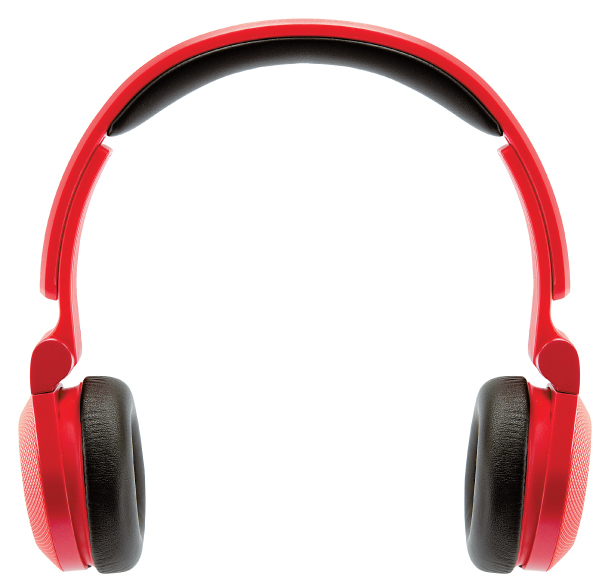 Before the digital era, music was most often recorded on analog albums. It was also put on reel-to-reel and casette tapes. In the early digital era, the compact disk (CD) arrived. Now, since the advent of the internet and the growth of entertainment platforms, most people just download what they want to hear, or stream it.

Only the most committed of fans, and some very nostalgic individuals, will go to the trouble of buying, keeping and storing a disk of any sort. The physical media is almost extinct.

This revolution in delivery has also changed the way sales performance is measured. While before, it was a matter of counting the number of albums bought off of the racks, or the number of CDs purchased, now how many times a song has been played on sites such as YouTube or streamed is what counts.

It is a new and very different era, with its own system of tabulation and its own scorekeepers, such as Melon, Bugs, Mnet and Genie Music.

The new front-end to the sector has changed the habits of consumers considerably, beyond just the way they get their music. It has changed how they listen and express their support.

Whereas with albums and CDs they would play their favorite songs when they wanted to hear them, they now also play them to support their favorite artists. The more times they download or stream a song, the better the artist does. As a result, many die-hard fans obsessively click to keep their stars high in the rankings. It is seen as a duty to keep phones on all night playing the songs on repeat.

The star with the best scores in the morning are the ones with the most dedicated fans.

Singers and groups have been caught up in sajaegi, a term that describes all sorts of hoarding to make profit, controversies both online and offline, including from left: singer Nilo, girl group Laboum, singer and DJ Shaun and singing trio Jang Deok Cheol. [EACH AGENCY, NEWS1]

When the number of hard-copy CDs and albums were the best indicator success, sometimes entertainment agencies - or even the stars themselves - would hoard their albums to increases sales numbers. When they were caught doing so, they were roundly criticized. They could also be prosecuted. The practice is deemed illegal according to Article 26 of the Music Industry Promotion Act, which prohibits the unfair buying of records or announcing sales based on these purchases.

The mischievous stockpiling has its own word. It is commonly referred to as sajaegi, a term that describes all sorts of hoarding to make profit - even if it’s not a direct monetary gain.

While physical media are fast becoming a thing of the past, the practice of stockpiling has continued until very recently in the now greatly diminished album and CD markets.

In the spring of 2017, the “Miss the Kiss” album of girl group Laboum shot up to No. 1 on Korea’s Hanteo Chart - an album sales tracking chart - right after its release on April 17. A total of 28,000 copies were sold in just one day. It wasn’t an impossible number, but it was nevertheless surprising. “Love Sign,” their previous album, released Aug. 23, 2016, sold 3,000 copies in one day. It was hard to believe that their fan base had grown by almost tenfold within a year.

The case was soon solved when Global H, the band’s agency, said it had bought the albums “for an event contracted with the distributor.” Despite the explanation, questions still remained.

Album sajaegi controversies have hit numerous K-pop groups and singers in the recent past, including some names that are quite big these days: girl groups Brave Girls and Rainbow in 2011; boy band Teen Top in 2012; boy band B1A4 in 2014; girl group Oh My Girl in 2016; and most recently Momoland in 2018.

And in 2015, boy band BTS was suspected of sajaegi with their album “The Most Beautiful Moment in Life Pt. 1.” The controversy soon went away after prosecutors closed the case for having insufficient proof.

Now that the number of times a song has been heard online matters more than the hard-copy album sales, sajaegi controversies arise not with albums but with online streaming. It has been taken for granted that songs on the “Now Popular 100” list on streaming sites will almost always be K-pop songs, with the exception of ballads by big-time singers everyone likes. But other than that, if the No. 1 spot is taken by a song from a group or a band with anything but a massive fan base, or if the music quality is just not there, people start to get suspicious.

Last year, singing trio Jang Deok Cheol in January came out with “Good old days.” But when a song titled “Pass by” by Nilo - a rookie to the industry and not so well known - took the No. 1 spot, that was when things started to get serious.

People became especially suspicious when they realized that the two were from the same agency, Limez Entertainment, and it became a full-blown controversy.

The peak hit when singer and DJ Shaun from rock band The KOXX released a solo track “Way Back Home” in late June. His track stayed atop charts for weeks, even beating Twice’s “Dance The Night Away” and BTS’s “IDOL.” It was a trendy Electronic Dance Music (EDM) selection no doubt, but nowhere near enough to beat the big-time K-pop artists, in the opinion of many.

Big fan bases usually have a command center from where the fan clubs send marching orders to other fans: exactly when to “start streaming” or downloading the music to make sure that their singers’ songs don’t get beaten by others.

For instance, on Nov. 1, an account informed fans of a “mock streaming test to prepare for the group’s comeback.” It said that from 11 p.m. to 12 a.m. on Nov. 1 certain songs were to be listened to in a certain order.

The new market manipulation has not gone unnoticed.

On July 18, after controversies surrounding Shaun struck the music field, Park Jin-young, the head of JYP Entertainment, wrote on Instagram: “We will be requesting a full investigation into this matter, after having talks with other companies in the industry.”

A singer, music producer and head of an entertainment company agreed with Park, posting on Twitter: “There’s definitely a problem with the ‘Now Hot’ chart.’”

While it’s hard to say that online music charts are to be totally disregarded or not to be trusted, experts do feel the need for a new system that will allow for fair competition.

“What’s happening in the music industry should be seen as abusing the current system,” said popular music critic Mimyo. “Fans are abusing the streaming system, and agencies and streaming services encourage that to happen. While it’s understandable that the fans would want their singers’ songs to do well, streaming services shouldn’t be allowing them to do so.

“Right now, a single person can own and run multiple user IDs, meaning that the streaming services are letting everything happen. However, they are just blaming it on individual fans. They let fans compete among themselves on the ‘Now Hot’ chart, and they have no will to stop the current situation. But if they let this go on, it’s only their credibility that will go down in the long run.”

“The music charts are supposed to show the general public’s taste, but now it’s all become meaningless. Putting the singers’ music high on the chart itself has become the end, which should be the other way around. They should start with getting rid of the ‘Now Hot’ chart and just leave it with the daily top 100 or the weekly top 100.”