Super Junior to get prize in Taiwan

Super Junior to get prize in Taiwan 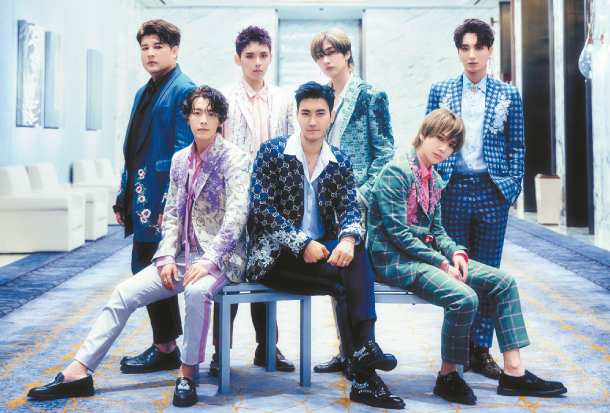 Boy band Super Junior is heading off to Taipei, Taiwan, today to receive the Artist of the Year prize at the 14th KKBOX Music Awards.

Their agency Label SJ announced on Friday that the group will be given the prize at the ceremony, which will be held at Taipei Arena at 7 p.m, and will also perform hit songs including “Sorry Sorry” (2009), “Bonamana” (2010) and “Black Suit” (2017).

This is the first time that a non-Chinese artist has been awarded the prize at the ceremony. The annual KKBOX Music Awards, which is hosted by Taiwan-based music streaming site KKBOX, invites celebrities around the world - mostly from Asia - to honor artists based on KKBOX’s music streaming and download data on music. The awards is watched by around 12 million viewers worldwide.