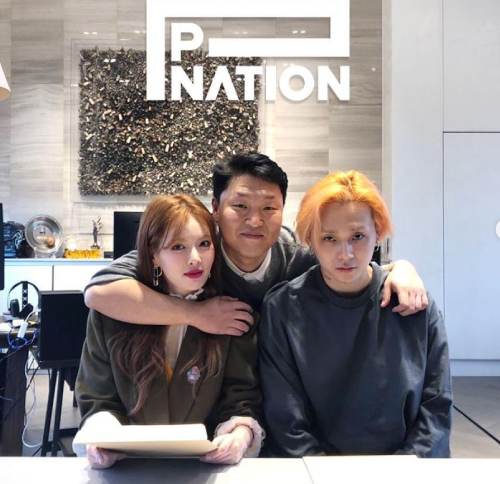 On Sunday, Psy posted a picture to Instagram of him and the couple together while holding a paper contract.

The caption of the picture read, “#Welcome, #hyunah #edawn #pnation.”

Another post showed the two stars’ thumbs red with ink, signaling they had signed the contract with their thumbprints.

The couple ended their contracts with Cube Entertainment in 2018 when they failed to see eye to eye with the agency after revealing they were in a relationship without consulting the agency.

On Friday, Psy welcomed rapper Jessie as the first artist to join his agency.

Psy made his debut in 2001, and signed to YG Entertainment in 2010. He left the agency in May 2018 and founded his own company eight months later.