Wanna One takes their final bow

Wanna One takes their final bow 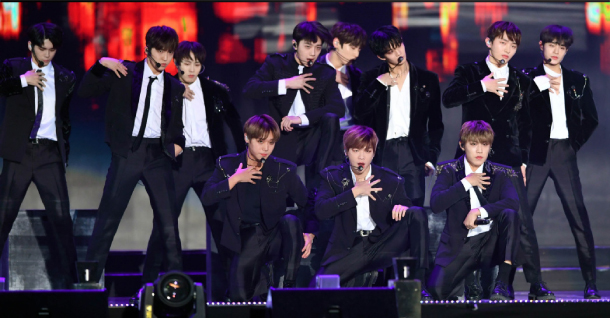 Leaving behind a short, albeit stunning, legacy, boy band Wanna One shared their final goodbye with fans on Sunday at the Gocheok Sky Dome, western Seoul.

The group held their final concert series “Wanna One Concert [Therefore]” from Jan. 24 to Sunday, meeting with around 80,000 fans over the course of the four days in the same arena they first introduced themselves on Aug. 7, 2017 with their debut song “Energetic.”

The 11-member act was officially put to an end on Dec. 31 after spending a year and six months together. The group was chosen as the winners of the second season of cable channel Mnet’s audition program “Produce 101” in 2017.