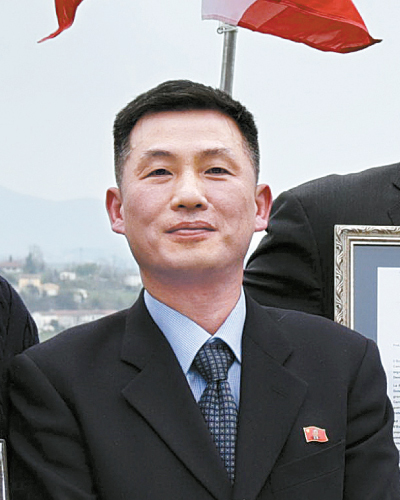 Among the first sacked was Ho Chol from the North Korean Foreign Affairs Ministry, who was in charge of monitoring North Korean diplomats’ loyalty to the regime and whether they were smoothly implementing the foreign policies of the ruling Workers’ Party.

A source, who spoke on the condition of anonymity, said Kim Jong-un’s decision to dismiss Ho Chol was to show he was taking Jo’s defection case very seriously.

Kim has not given harsh punishments to top officials with powerful family backgrounds as of late. Upon hearing about Jo’s disappearance from the North Korean embassy in Rome late last year, Kim is said to have ordered punishments for those responsible for Jo’s flight and told those under him to make sure a similar case doesn’t happen again.

A South Korean government official said no one was fired when Thae Yong-ho escaped from the North Korean embassy in London and arrived in South Korea in August 2016.

Things are certainly different this time, the Seoul official said, as several high-level officials in Pyongyang were forced to take responsibility for Jo’s disappearance. These include Ho, as well as the deputy director of the Workers’ Party’s International Department and the head of personnel management at the Foreign Ministry.

Jo’s whereabouts are still unknown. The most recent news about Jo came from La Repubblica, an Italian newspaper, which reported on Jan. 4 that he was seeking entry to the United States and is currently under the protection of Italian intelligence.

A North Korea watcher in China said some North Korean diplomats living in foreign countries were forced to send some of their family members back to Pyongyang since the regime believed the envoys would not try to defect if they knew their loved ones would suffer consequences at home.

Defectors are normally described as “human scum” in North Korean media and their families are often sent to labor camps. All North Korean diplomats working abroad used to be required to leave a family member behind in the North, but that rule had been laxly implemented after Kim rose to power in December 2011, the source pointed out.

Other sources in South Korea with knowledge of Pyongyang’s response to Jo’s defection said the Workers’ Party’s Organization and Guidance Department dispatched a team of officials to Rome early last November to track him down and arrest him.

But as Jo tried to seek asylum and asked the Italian government for protection, Pyongyang switched its plans and decided to block such an occurrence from ever happening again.

The Organization and Guidance Department descended on the North’s Foreign Ministry immediately after Jo disappeared and at first thought about firing Foreign Minister Ri Yong-ho.

That idea was withdrawn after the Workers’ Party concluded Ri was not directly at fault for the incident. Instead, the party decided to give Ri a verbal warning. Thae told a press conference in Seoul earlier this month that he feared Jo and his family might not be able to freely choose where they seek asylum due to the ongoing rapprochement between the two Koreas and between the United States and the North.