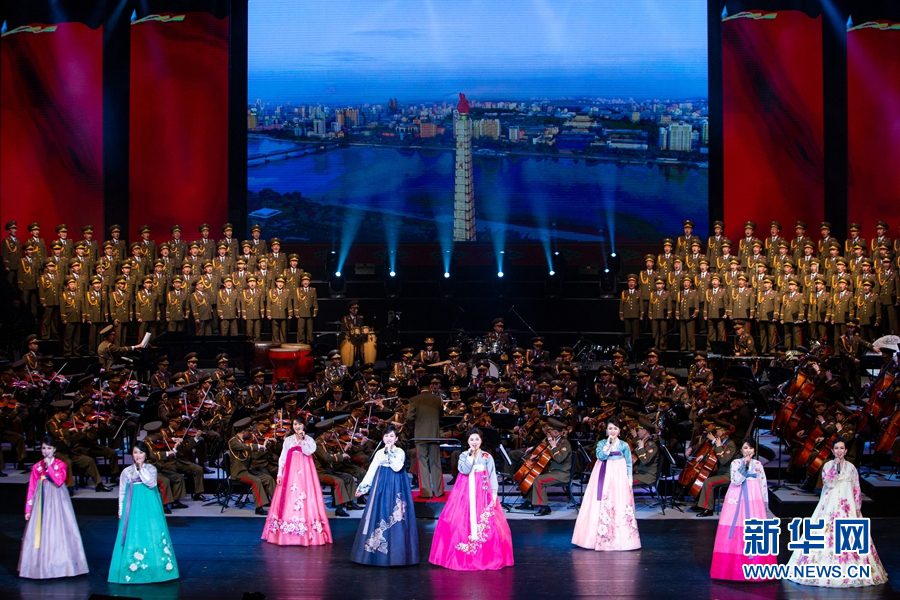 A North Korean orchestra holds the first of three planned friendship concerts at the China National Centre for the Performing Arts in Beijing Saturday. [XINHUA/YONHAP]

The second concert was scheduled to be held on Sunday night at the same venue - the China National Centre for the Performing Arts - and it was unknown whether Xi would show up. Beijing sources say the Chinese president has not met with the North Korean delegation, which includes political officials, as of Sunday morning.

Around 280 people from the North, including North Korean musicians, singers and Ri Su-yong, vice chairman of the ruling Workers’ Party’s Central Committee, a member of the committee’s Political Bureau, arrived in Beijing last Thursday morning. Also seen in the group was Hyon Song-wol, who led the Samjiyon Orchestra’s trip last year to South Korea. The Samjiyon Orchestra held two concerts here before the PyeongChang Winter Olympic Games just as detente between the two Koreas began.

According to Beijing sources who attended the show or had knowledge of the songs performed, Hyon did not appear on stage as she did in South Korea. The first concert was held for about an hour and a half, laden with socialist propaganda songs from both countries, including China’s “Socialism is Good,” and North Korea’s “Let’s Defend Socialism” and “Socialist Advance.”

North Korean artists also performed “Arirang,” a beloved folk song in both Koreas, and the Chinese song “In the Field of Hope.”

The friendship concerts come as this year marks the 70th anniversary of bilateral ties between the two communist allies. Xi is expected to visit Pyongyang some time early this year on the invitation of North Korean leader Kim Jong-un. Xi’s visit to the North could be held before Kim meets U.S. President Donald Trump in late February at a yet-to-be disclosed location, given that Kim often seeks advice from Xi before a major North-U.S. meeting.

The gigs are also a reciprocal gesture after a Chinese troupe of performers visited the North last April and November to stage friendship concerts. Kim attended at least one of these concerts. Hyon was involved in planning the North Korean concerts and was seen accompanying Kim to Beijing on his fourth trip to China from Jan. 7 to 10 this year.