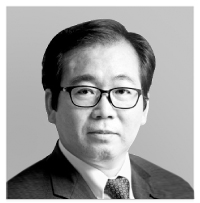 Rep. Sohn Hye-won, former lawmaker of the ruling Democratic Party (DP), got what she wanted. As she determinedly fought against allegations of real estate speculation in the modern historical cultural space in Mokpo, South Jeolla, her supporters got together to back her up. Four days after she left the DP, over 10,000 supporters made donations, quickly capping the yearly maximum of 150 million won ($134,409) for a lawmaker. On social media, Sohn posted, “As I am desperately fighting, you cheer me up.”

When Sohn held a news conference in Mokpo, the biggest crowd since former president Kim Dae-jung’s election campaign gathered. Opposition lawmaker Park Ji-won, whose district is Mokpo, attacked Sohn as an “icon of speculation.” But as he was attacked as “an icon of betrayal,” he backed off, saying, “I’m being shaken.” What is really shaking is our country’s democracy.

Democracy is based on pluralism that acknowledges different opinions. The purpose of the representative system — a key apparatus of democracy — is to listen and reflect various voices. Lawmakers are prohibited from engaging in activities pertaining to personal interests. It is a process that requires patience.

Only after this process can real democracy with collective intelligence be reached. Rep. Sohn is a populist who denies pluralism given she differentiated her side from others as good versus evil. Can she still be considered an ally of democracy?

Sohn tried to evade the complicated decision-making process, which is the fate of a representative system. After purchasing buildings in Mokpo’s old downtown area under the names of her family members, she mentioned the need to restore old wooden structures in the city at the National Assembly’s subcommittee on budgets and planning. When it became an issue, she said those buildings would be vested to the state. Given her good intention to preserve traditional culture, I don’t want to place suspicion on her purchase of the old houses. 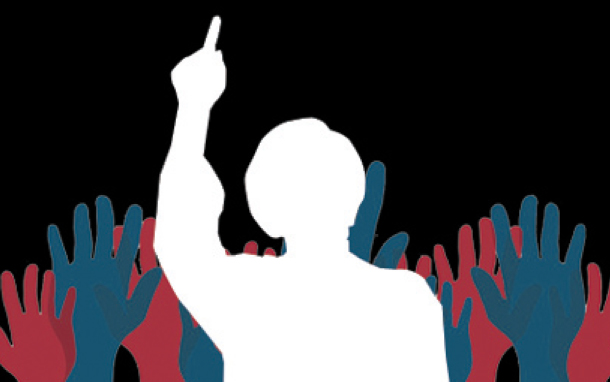 Yet I cannot understand why the structures she bought and the heritage she showed interest in should receive special treatment. No matter how complicated it may be, she should have gone through a transparent procedure to avoid any conflicts of interest and achieve the goal of preserving and nurturing cultural heritage in Mokpo.

She violated this precious rule of a representative system and shook the foundations of democracy. Sohn tried to bring her supporters together by saying, “When you offer to help, I can go to the wilderness and win in the end.” It is a classic populist scheme in which a leader and supporters meet directly by side-stepping the system.

At a press conference announcing her departure from the party, she had the party floor leader on her side and put her hand on his shoulder. The symbol of representative system became a sideshow to the first-term lawmaker, who declared a war on the media as she would sue over 200 articles. The representative system and the media, the backbones of democracy, became tools for populist instigation.

Sohn’s choice of words was also extreme. “I would put my life at stake if speculation is true,” she said. When asked about conflicts of interest, she told reporters, “I am tired of that accusation and cannot talk any more.” She said the media’s accusations were “fake news deceiving the people.” She has an extreme dichotomy of claiming her acts were good and anyone opposing her is evil. That doesn’t fit democracy, a system that values pluralism.

The Sohn phenomenon — wherein she can do as she wishes as long as she has good intentions — is also reflected in the Moon Jae-in administration. The government disabled the preliminary validity survey created by the Kim Dae-jung administration in 1999 to avoid budgetary waste. At the New Year’s conference, President Moon announced the metropolitan government will select one public infrastructure project for exemption from the validity test. That’s pork-barreling for next year’s general election despite the ruling party’s cause for “balanced regional development.”

Moon raised controversy by appointing one of his former campaign aides as a member of the Central Election Commission. That’s the same as a player from one team being named referee. After storming out of a confirmation hearing, the main opposition Liberty Korea Party is boycotting the National Assembly session. Can the government do that when they were given a chance to govern and restore the democracy that Park Geun-hye destroyed?

The Sohn phenomenon is just one example of a prevailing culture in the government. Sohn said the path to hell is paved with good will. She was criticizing former South Chungcheong Gov. Ahn Hee-jeong’s comment on Feb. 21, 2017, “Those who helped President Park Geun-hye may have tried good politics for people with good will, but the law and system didn’t work as they wished.” Now, she needs to say the same to herself.

Politics that is generous to one-self and ignores others is populism that looks down on democracy. I hope the administration and Sohn care about the future of our democracy if they don’t want to follow in the last government’s footsteps.