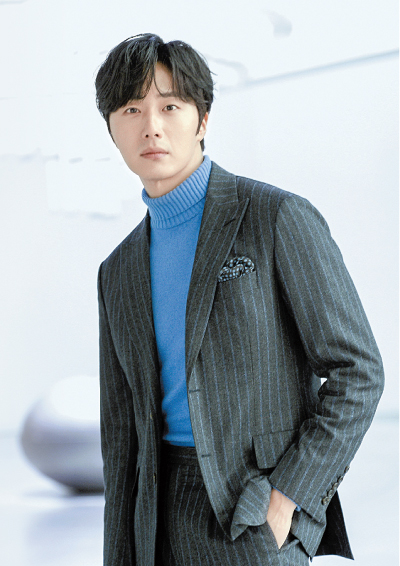 Just under two months after wrapping up his mandatory military service, actor Jung Il-woo is already back to work.

After filming for the tvN series “Cinderella With Four Knights” was completed in 2016, Jung enlisted as a public service worker for the Korea Elder Protection Agency. After 24 months at the community organization, he was discharged in December 2018.

Under Korean conscription law, those with certain illnesses or physical disabilities are able to serve as public service workers instead of directly enlisting in military branches. Although Jung was assigned to public service work due to wrist and hip injuries sustained after a car accident in 2006, he says there were other reasons he could not serve in the armed forces.

“I enlisted [as a public service worker] due to a car accident, and that’s what many people believe - but I was also diagnosed with a cerebral aneurysm,” he said during an interview held at SBS Broadcasting Center Headquarters in Mok-dong, western Seoul, on Jan. 21. “I am happy to finish my military duties as a Korean citizen and now, I believe that I can [do my job] with more pride.”

Working in an office while serving his mandatory duty, Jung didn’t maintain his health as much as he had in the past. But now, he believes his health is better than ever.

“I gained around 13 kilograms (29.6 pounds) while serving in the military,” he said. “But right after I started filming for the upcoming series, I went on a diet and lost around 14 kilograms. Now, I’m in my best condition to film.”

Jung is currently filming the upcoming SBS historical series “Haechi.” The drama, set to premiere on Feb. 11, tells the story of Prince Yeoning Lee-geum before he became King Yeongjo of the Joseon Dynasty (1392-1910). Although he was born the second son of King Sukjong, he was discriminated against by his brothers due to his low-class mother. Together with Park Mun-su (Kwon Yul), a passionate man who wants to become a public service officer, Yeo-ji (Go A-ra), a talented inspector who is disregarded because of her gender, and Dal-mun, a rowdy guy from the streets, the prince seeks to claim the throne. 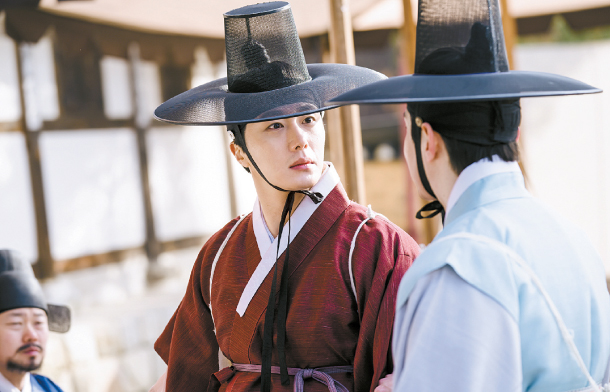 Jung chose to work on the series because he was attracted to the role of Prince Lee-geum.

“I had been thinking a lot about [my future roles] during my military service, and I [really liked] ‘Haechi’ written by Kim I-yeong,” Jung said. “The story is not about the crowned, powerful King Yeongjo that people are familiar with; it’s about his younger self, who has not been seen much in previous historical dramas.”

Jung also says he was drawn to the character because he found him relatable.

“[Prince Lee-geum] is a character who suffers a lot before he becomes king,” he said. “I was shocked when I first found out that I was diagnosed with a cerebral aneurysm because my doctor told me that I could die at any moment. I started to be more thankful for my life and tried to enjoy it more. In the series, the prince never gives up and continues to persevere. I think we are similar in that sense.”

According to Jung, scriptwriter Kim cast him because he “is good at making fun of others.”

“She said that I’m talented at being sarcastic,” he said. “It was a compliment, and I was thankful to hear that. The director of the series also told me that I’m good at portraying a drunk person - I had to act drunk on the first day of filming. I wasn’t good at drinking before I went to the military, but I guess I got better at it. While filming for this series, I thought a lot about the similarities I have with my character. In the end, I’m very thankful to the director, who met with each of the actors and helped them build up their characters.”

Jung also did a lot of research about his character. With his knowledge, he tried to make his character more unique.

“I’ve read a lot of books on King Yeongjo and watched films and dramas about him. I learned from actors Song Kang-ho and Yoo Ah-in’s portrayal of the king in the film ‘The Throne’ (2015). But since the drama is fiction based on some historical facts, my character had the ability to be [someone more appealing].”

This is not Jung’s first role in a historical drama. He has previously starred in MBC’s “The Return of Iljimae” (2009), “The Moon Embracing the Sun” (2012) and “The Night Watchman’s Journal” (2014) where he had to wear hanbok, traditional Korean dress, and play a famous figure from Korean history.

“I did worry about playing similar roles, but the [‘Haechi’] director told me that I looked great in hanbok,” he said. “I think the reason I’m able to play roles in historical series is because I fit in well. I’m very thankful for that.”

He then added, “I’ve known actor Go for a long time since we worked on several commercials together. Kwon, meanwhile, is five years older than me, but he is like a neighbor to me. We talk comfortably with each other and share our honest opinions. Now, we feel more comfortable toward each other [than before].”

In the end, Jung’s goal for the upcoming series is to portray his character to the best of his ability.

“I’m very dedicated to expressing my character in a very unique way.”