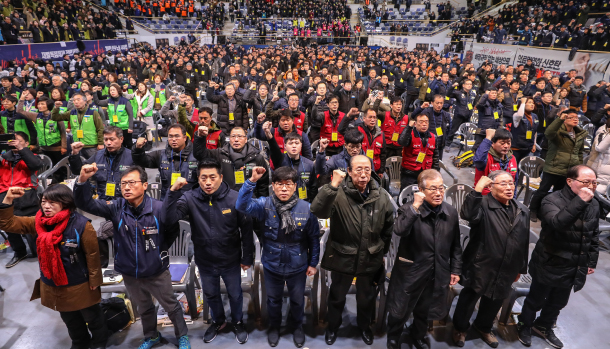 The Korean Confederation of Trade Unions (KCTU) hosts a general assembly of representatives at KBS Arena Hall in Gangseo District, western Seoul, Monday. The KCTU planned to decide whether to rejoin the tripartite commission, which discusses deals between the government, management and labor, at the meeting Monday. [NEWS1]