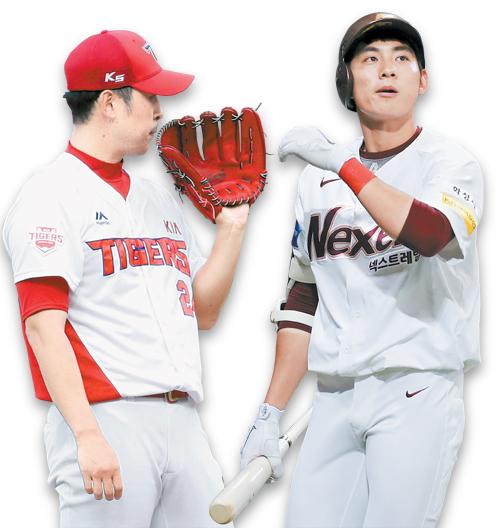 Yoon Suk-min of the Kia Tigers has already set a new KBO record this year. Unfortunately it’s for the biggest pay cut in Korean baseball history.

Before Yoon left to the United States to play in the big leagues in 2014, he won the KBO MVP title in 2011 and the Golden Glove award. Once he returned to the Tigers in 2015, Yoon signed a four-year contract at 9 billion won, the largest contract signed by a free agent (FA) at the time.

Yoon isn’t the only player losing out this year. With a growing focus on player development led by the success of clubs that typically spend less on new talent, such as the Doosan Bears and Kiwoom Heroes, baseball teams seem to care less about experience and more about potential. The only way for the veterans to continue their career is to prove their worth with numbers.

Samsung Lions’ pitcher Yun Sung-hwan managed to re-sign with his club for another year at 1 billion won, but this is a significant decrease in his contract compared to his previous FA signing. Four years ago, in 2014, Yun signed a four-year contract with the Lions at 8 billion won.

Since the signing, Yun has slowly gotten worse each year, and by picking up a disappointing five wins and nine losses with a 6.98 ERA in his last season before earning his second FA status in 2018, he is now only given one year to prove his worth and extend his career in the KBO.

This year, Yun is only actually guaranteed 400 million won - the remaining 600 million won is in incentives based on his performance this season.

Park Byung-ho of the Heroes and Yang Hyeon-jong of the Tigers didn’t see any changes to their contracts, re-signing at 1.5 billion won and 2.3 billion won respectively.

Some of the players weren’t even given a chance to talk with their clubs. Right after the 2018 season ended, Lim Chang-yong, formerly of the Tigers, was released.

Lim wasn’t the only player who was forced to retire from the KBO - Kim Jin-woo of the Tigers and Choi Joon-suk of the NC Dinos were also immediately shown the door at the end of season. Kim and Choi are continuing their careers in Australia, playing for Geelong-Korea of the Australian Baseball League.

Some veteran free agents have still not been signed.

Lotte Giants’ pitcher Noh Kyung-eun is completely at a loss as to where he’ll play in the upcoming season starting in less than two months. During the 2018 season, Noh was one of the most trustworthy players amongst the Giants’ starting pitchers, picking up nine wins and six losses with a 4.08 ERA.

Following that success, the Giants mentioned right after the season ended that they’d be focusing on re-signing Noh.

But on Tuesday, the Giants announced they would not sign Noh due to differences over contract details. As Noh wasn’t talking to any other clubs, he has to start the entire process from scratch with the season quickly approaching.

Including Noh, three other players - Lee Yong-kyu and Choi Jin-haeng of the Hanwha Eagles and Kim Min-sung of the Heroes - are still trying to finalize their contracts as most of the teams are already leaving for spring training.

While the veterans are not being shown much love, younger players are being offered hefty pay raises this year.

For the second season straight, Lee Jung-hoo of the Heroes has set a record. Lee re-signed with the Heroes at 230 million won, a good 120 million won increase from the previous season.

This is the highest-ever increase for a third-year player in the KBO, beating the record previously set by Ryu Hyun-jin of the Los Angeles Dodgers, who signed at 180 million won in his third-year in 2008 with the Eagles.

Lee also set a record as the highest paid sophomore player last year, at 110 million won. That record has already been broken by Kang Baek-ho this year.

Although Lee missed some games due to injuries throughout the 2018 season, he still had an impressive .355 batting average with .412 on-base percentage, 57 RBIs and 81 runs in 109 games.