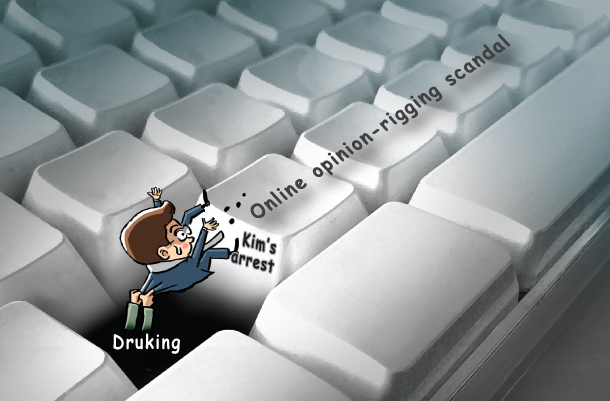 South Gyeongsang Gov. Kim Kyoung-soo was placed under immediate detention on Wednesday after a Seoul court sentenced him to two years and 10 months in prison for his role in a major online opinion-rigging scandal in collusion with blogger Kim Dong-won, better known by his internet alias Druking, during the 2017 presidential elections. The arrest of Kim, who is close to President Moon Jae-in, could cause problems for the ruling Democratic Party. Druking was given a three and a half year prison sentence by the same court hours earlier.