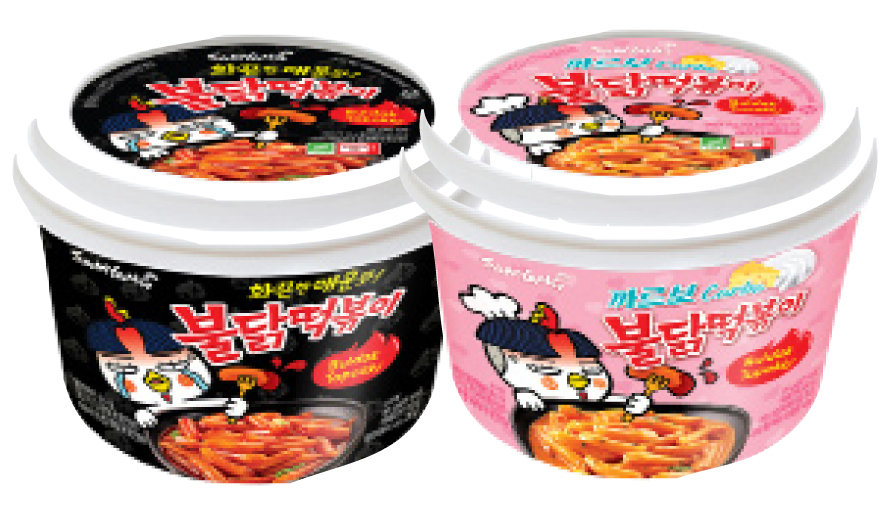 The rice cake version of hit spicy ramen Buldak Bokkeummyeon sold one million units in the first three months after its release and will start exports next month, said Samyang Foods on Wednesday.

Released last October, Buldak Tteokbokki is an instant rice cake dish that contains the same spicy sauce used in the original instant noodles. It comes in two varieties - the original and carbonara version. The instructions are pretty simple: Pour hot water on it and heat in a microwave.

Samyang explained the achievement was notable in that it was able to distribute the products only at local conveniences stores instead of discount chains or supermarkets due to short supply. The product quickly earned fame on social media and sold out not long after its launch.

“From mid-January we added another rice cake manufacturer to supply ingredients,” the company said. “We now have two suppliers, with factories running at full capacity, but there’s still not enough production to place products elsewhere than convenience stores.”

For international Buldak fans - and there are many after a Buldak Bokkeummyeon eating challenge went viral a few years ago - Samyang is preparing to export the rice cake version as well. The company said it already received heaps of orders for the product from overseas. The plan is to export it to Asian countries like Vietnam, the Philippines, India and the United States in February.

Buldak evolved to become a brand as the company continued to release a series of noodles under the same concept, including carbonara and curry variations. The rice cake version was released as part of the company’s initiative to expand the boundaries of Buldak’s portfolio outside noodles.

In 2017, the company released Buldak almonds and Buldak dried squid. Last March, it added the Buldak Sausage. Dumplings are another option Samyang has previously mentioned as a possible future addition.