For Ryu Jun-yeol, a chance to show off his need for speed: In ‘Hit-and-Run Squad,’ the actor plays a police officer specializing in cars

For Ryu Jun-yeol, a chance to show off his need for speed: In ‘Hit-and-Run Squad,’ the actor plays a police officer specializing in cars 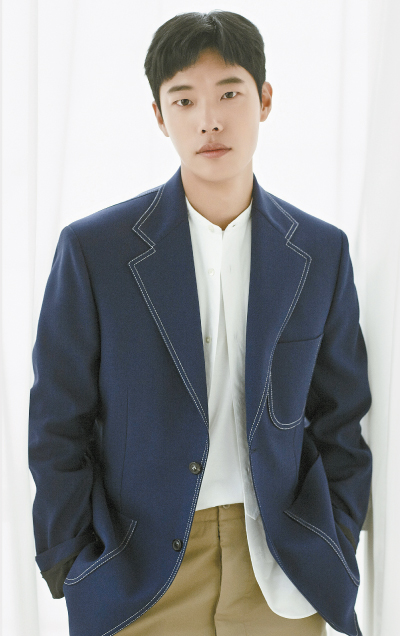 Over the past few years, actor Ryu Jun-yeol has hardly stopped to catch his breath. Ever since his appearance in tvN’s “Reply 1988” in 2015, Ryu has kept himself busy with role after role.

Following the success of “Reply 1988,” the 32-year-old has gradually built his career through appearances in well-received projects, including the period piece “A Taxi Driver” (2017), which sold more than 10 million tickets, crime title “The King” (2017) and “Heart Blackened” (2017). The heartwarming drama “Little Forest” (2018) also performed well at the box office, especially considering its low budget.

Less than a year after the release of his most recent film, “Believer,” (2018) Ryu, has returned to the silver screen with “Hit-and-Run Squad,” in which he plays a well-rounded police officer with a dark past that he hopes to make up for by catching criminals.

“Everything has gone by so fast [over the past several years],” said Ryu during an interview held in central Seoul last week. “It wasn’t intended, but there were many interesting projects that I wanted to be a part of.”

His latest offering, directed by Han Jun-hee of crime movie “Coin Locker Girl” (2015), begins with police Lt. Eun Si-yeon (Gong Hyo-jin) being demoted to a hit-and-run investigation squad from the regional investigation unit at the National Police Agency because of the methods she used while investigating the rich race car driver-turned-businessman Jeong Jae-cheol (Cho Jung-seok). After joining her new team, she meets Seo Min-jae (Ryu), an officer who is also trying to catch Jae-cheol for causing a series of car crashes. With his keen sense of cars, Min-jae is the ace of the team.

As the title suggests, there are a number of thrilling car-chase scenes, which was part of what attracted Ryu to join the movie. 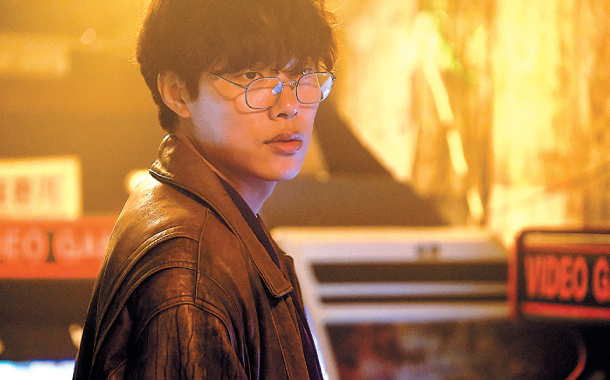 Ryu Jun-yeol plays a police officer with an interest in cars in the crime movie, “Hit-and-Run Squad,” alongside Gong Hyo-jin and Cho Jung-seok. [SHOWBOX]

“I really like cars and driving. When I was younger, I used to memorize all the models of every car. I was that passionate about them. To me, cars are not a simple means of transportation, but much more. It is one of the few spaces where I can spend some time alone. Driving makes me feel good.”

Ryu added, “So I jumped at the role when it was offered because I am familiar with cars and I am also very familiar with driving.”

But apart from the cars, he was also attracted to the role because the character felt so similar to himself in several ways.

“I like the dry side of Min-jae. I also have a dry personality. I rarely have emotional ups and downs. If good things happen, I will be happy. But I wouldn’t get outrageously angry if something bad happens.”

Ryu continued, saying, “Min-jae in some ways is a very mysterious person. He rarely shares his inner thoughts, and he wears a social mask, which I think is necessary to live as a member of society. I think that is why I also prefer to play dry characters.”

“Personally, I think actors’ emotions can be delivered without expressing too much emotion,” Ryu explained while referring to his favorite scene in Bradley Cooper’s “A Star in Born,” in which Cooper’s character powerfully chokes up without a single tear. “I prefer to act that way.”

Unlike many actors who try to play a variety of roles to showcase their abilities, Ryu is happy with the roles he has been given to play.

“I believe there are certain roles for certain people. I want to do my best for each role I am given to do instead of constantly searching for something new. Hearing from viewers that my performance has improved from the last thing they saw me in is the best compliment I can think of.”

Regarding his latest movie, Ryu said, “Though the film centers on police officers, it is not necessarily about what they do, but highlights the ethics that the police [should have] in an entertaining way.”