Pyongyang’s recent decision to appoint a new nuclear envoy from the State Affairs Commission appears to be a nod to Seoul’s push to respect the strength that Washington’s envoy brings into U.S.-North working-level denuclearization talks, a Blue House official exclusively told the JoongAng Ilbo on Tuesday. 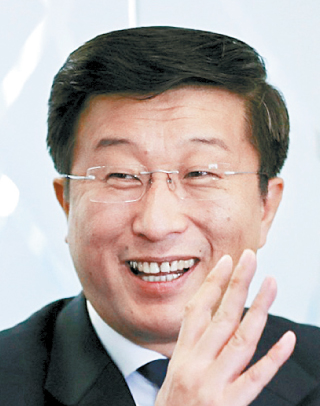 This is because the State Affairs Commission, which is personally chaired by North Korean leader Kim Jong-un, has more power than the North’s Foreign Affairs Ministry, which the former nuclear envoy was affiliated with, according to the Blue House source, who spoke on the condition of anonymity.

The State Affairs Commission, which replaced the National Defense Commission in 2016, is Pyongyang’s key policy guidance organ. The Blue House source did not elaborate how exactly Seoul pressured Pyongyang into changing its nuclear envoy and when, but said South Korea had “continuously” told the North that while U.S. Secretary of State Mike Pompeo overlooks U.S.-North discussions, the regime “has to give more power” to Stephen Biegun, the U.S. special representative on North Korea, because he was in control of working-level talks. Pyongyang eventually “responded” to Seoul’s call, the Blue House source continued, by tapping Kim Hyok-chol from the State Affairs Commission as the new nuclear envoy, replacing Vice Foreign Minister Choe Son-hui.

South Korean authorities, until recently, had not known much about Kim Hyok-chol other than the fact that he served as the North Korean ambassador to Spain from 2014 to 2017. A local government official said Tuesday that Kim Hyok-chol apparently moved to the State Affairs Commission and that having him play the role of nuclear negotiator would enable denuclearization talks between the United States and the North to progress with “far more authority” than before, when Choe led the working-level talks.

President Moon Jae-in’s spokesman, Kim Eui-kyeom, denied that Seoul requested that Pyongyang switch nuclear interlocutors in a text message sent to Blue House correspondents Wednesday morning. He continued that it was a “diplomatic discourtesy” to mention a “negotiating partner between countries.”

North Korea has never publicly announced that Kim Hyok-chol was its new nuclear envoy. However, speculation rose after Pompeo said last week that Biegun had the opportunity to meet with his “newly designated counterpart” when North Korea’s Kim Yong-chol visited the White House earlier this month to deliver a letter from leader Kim Jong-un to U.S. President Donald Trump. Pompeo did not identify who the new counterpart was but said he and Biegun discussed “some of the complicated issues towards achieving what the two leaders laid out back last June in Singapore,” referring to the first U.S.-North summit.

When Kim Yong-chol and his delegation met Trump at the White House, Kim Hyok-chol was seen sitting close to Trump, prompting local media to believe he could be the new nuclear envoy. When the North’s official Korean Central News Agency reported last Thursday that members of the delegation briefed Kim Jong-un about their Washington visit, a photo that ran with the article showed Kim Hyok-chol sitting closest to Kim Jong-un after Kim Yong-chol.