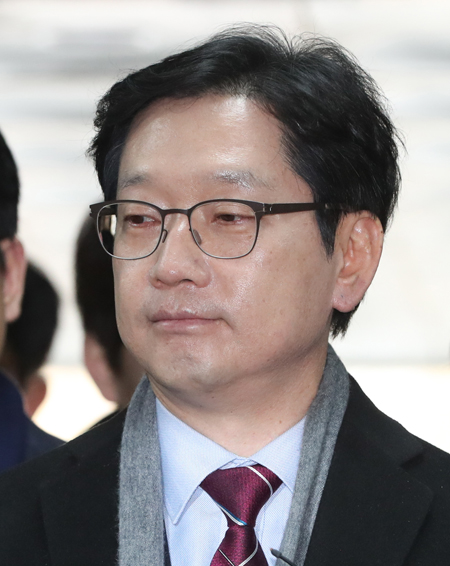 South Gyeongsang Gov. Kim Kyoung-soo was placed under immediate detention Wednesday after a Seoul court sentenced him to two years in jail for his role in a major online opinion-rigging scandal in collusion with a well-known political blogger during the 2017 presidential elections.

Hours earlier, the same court sentenced the blogger, Kim Dong-won, better known by his internet alias Druking, to three and a half years in prison for orchestrating a massive opinion-rigging campaign to post and “like” thousands of comments on social media that supported President Moon Jae-in’s election bid in 2017.

The arrest and prison sentence, while almost certainly will be appealed by Kim Kyoung-soo, marks the governor’s fall from grace as a close ally of the administration and a presidential hopeful for the ruling Democratic Party.

Kim retains his position as governor of South Gyeongsang for now, even in detention, but will be removed from office if his case goes to the Supreme Court and he loses.