Youn Bum-mo, a progressive art critic and art history professor at Dongguk University, was named the new director of the National Museum of Modern and Contemporary Art (MMCA), he said Thursday. 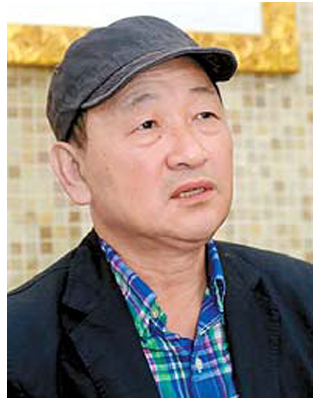 Youn was notified of the appointment by the Ministry of Culture, Sports and Tourism, and is scheduled to hold a face-to-face meeting with ministry officials Friday, he told Yonhap News Agency.

A graduate of Dongguk University, Youn began his critical career as a journalist with what is now the magazine Monthly Art.

Youn served as a curator at Hoam Gallery, the predecessor of Leeum, Samsung Museum of art, and helped establish and manage several local museums, including the art museum arm of Seoul Arts Center.

Youn helped rediscover and bring to light a number of modern painters, such as Yi Eungro and Park Saeng-kwang, who deal with indigenous subjects.

He was also a founding member of a progressive art renovation movement, “Reality and Opinion,” in the 1980s, which espoused arts for the public.

His liberal propensity sometimes put him at odds with the government. While serving as the first director of the art museum of Seoul Arts Center in December 1990, he gave up his seat to protest the government’s intervention in his curation.

He again quit his post in 2014 as the chief curator for the special exhibition marking the 20th anniversary of Gwangju Biennale after having a row with the host city over a painting lampooning Park Geun-hye, who was president at the time.

Youn’s term as the director of MMCA lasts until 2021.