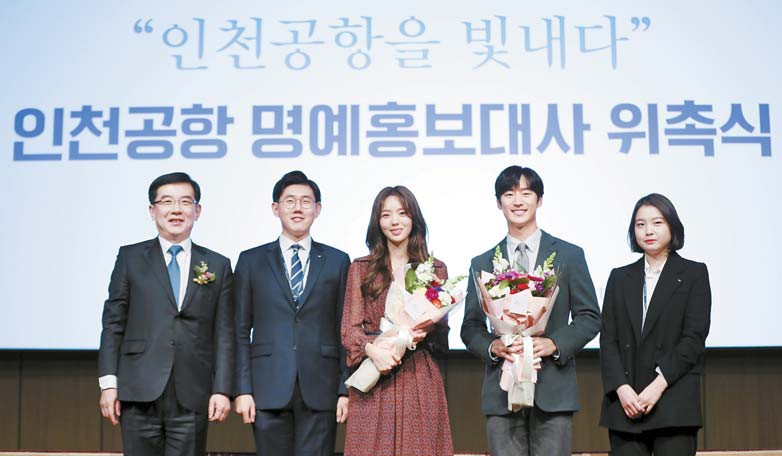 Actors Chae Soo-bin, center, and Lee Je-joon, second right, are appointed honorary ambassadors of Incheon International Airport Thursday at an appointment ceremony held at the airport to celebrate the 20th anniversary of its foundation. The two actors, who both starred in the SBS series “Where Stars Land” (2018) where they played staff members at the Incheon International Airport, will participate in various activities to promote the airport throughout the year. [YONHAP]