Minor cryptocurrency exchanges are trying to pull in new users with flashy, expensive prizes, but these grandiose marketing campaigns mask the reality of this new kind of exchange - investors have no control over their own investments.

Newly-established cryptocurrency exchange Coinfinit recently offered a Lamborghini Huracan sports car as a prize for new users based on the size of their trade volume. The exchange, which opened on Jan. 17, also has a list of other prizes including a Porsche Boxster GTS and a Mercedes-Benz E-Class. 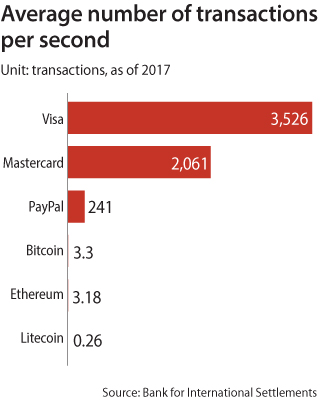 Such flashy sports car marketing isn’t difficult to find among newly launched cryptocurrency exchanges. Bitkiny, another exchange that launched in November last year, had a Rolls-Royce Phantom, an Audi R8 and a BMW i8 sports car up for grabs.

“This is an event that we made reluctantly,” explained a spokesperson at LimeOrangeTree, which operates Bitkiny. “It is intended to gather users and increase trade volume, but since the cryptocurrency market is already saturated, it is unclear whether it will have an impact compared to its cost.”

The prizes are a distraction to the problem that investors using these minor exchanges don’t have access to their accounts under their own name. Their assets are instead all organized through a single corporate account.

The new exchanges create a single corporate account from a bank and use that account to manage all their investors’ money. The breakdown of each user’s assets is organized separately by the exchange, not by the bank. This system has become known as a “beehive account” because money is managed in an intricate, complex and not at all transparent way, much like a beehive.

Under the guideline, only four exchanges - Upbit, Bithumb, Coinone and Korbit - were permitted to use the real-name verification method needed for cryptocurrency trading. This essentially meant that only those exchanges could be used for legal transactions made using a bank, as investors had to register using their real names. The guideline also blocked minor exchanges from depositing money into corporate accounts.

Despite the original rules set out by the FSC that blocked new virtual accounts and beehive accounts, a court decision in October last year offered some leeway and opened the door for beehive accounts once again.

Coinis, a minor exchange, filed an injunction against NongHyup Bank and the court sided with the exchange, saying that until a final decision is made, the bank cannot block deposits to Coinis’s corporate account.

The decision led to exchanges launching aggressive marketing campaigns to recruit investors. The sports car prizes are part of this push.

Money that is deposited into a beehive account is managed with other investors’ funds. If the worst comes to the worst, investors would need to resort to legal action if an exchange refused to withdraw their money. There is significant risk attached to new exchanges that operate under a beehive account.

If there is a hacking attempt or fraudulent activity that leads to changes to the exchange’s ledger, it is difficult for investors to be protected. There is also a lack of measures to protect investors from exchange operators running away with their money.

“The biggest problem with the beehive account is that, through the process where money is deposited and withdrawn through numerous channels, there is the risk of money laundering,” said Kim Jung-hoon, head of the Financial Supervisory Service’s blockchain research team.

New exchanges argue that they do not have a choice as banks refuse their request to create real-name individual accounts for users.

Financial authorities have left the decision to banks, and banks say they are simply following the guidelines set out by the FSC.

The government has passed the final decision to the National Assembly.

The FSC says that it can fully pursue beehive accounts when the cryptocurrency bill, currently in limbo in the National Assembly, is passed. The bill was proposed in March last year but is still pending.