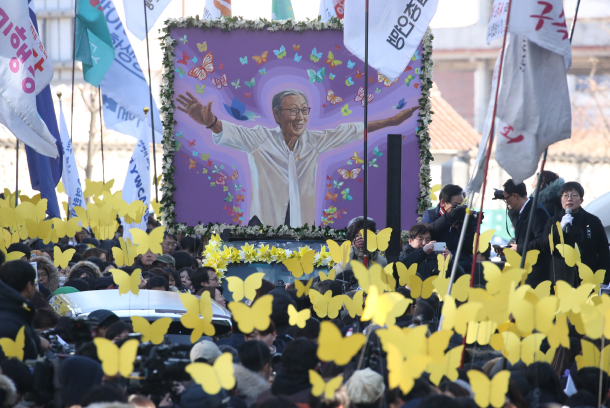 Hundreds of people march along the main streets of central Seoul on Friday to mourn the death of an iconic Korean victim of Japan’s World War II sex slavery. Some 1,000 mourners gathered in the public square in front of Seoul City Hall early in the morning for a memorial event for Kim Bok-dong, an outspoken advocate against wartime violence, who died early this week. [YONHAP]