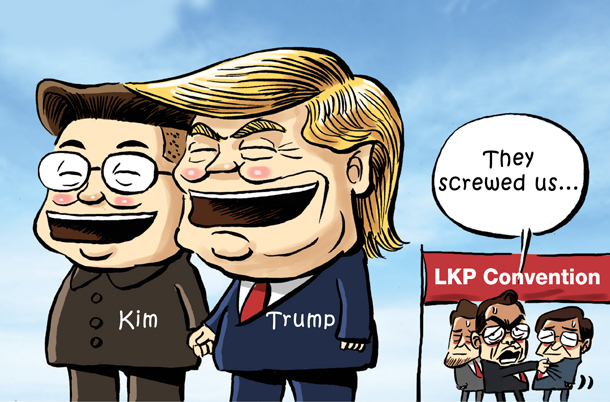 U.S. President Donald Trump announced the second U.S.-North Korea summit will be held in Vietnam on Feb. 27 and 28. Coincidentally, Korea’s main opposition Liberty Korea Party (LKP) plans to hold a convention to elect a new chairman on Feb. 27. So LKP leaders are afraid no media will pay attention to their convention.