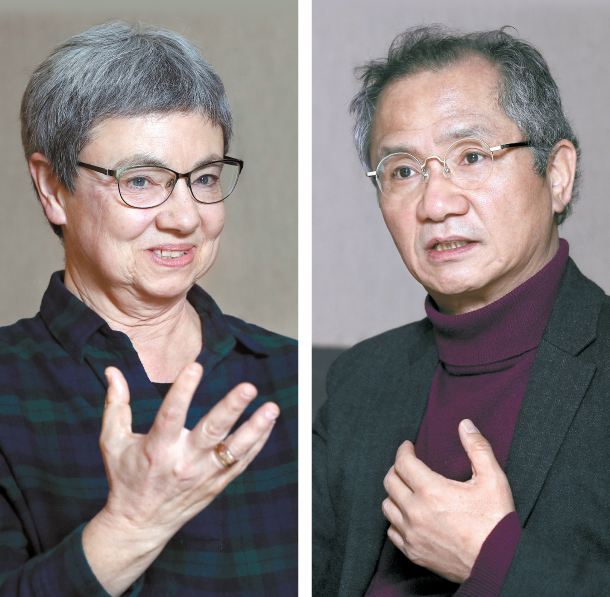 There is an endless number of movies, television shows, books and more that illustrate the scars left behind by the single-most heinous act committed by humanity: the Holocaust. The trauma still lingers to this day, and survivors can still clearly remember the brutality inflicted upon them, their friends and families. Their stories are horrifying and people’s hearts ache just imagining what it would have been like to go through the atrocities of that time.

While there is no single document that pins down the exact number of people who were killed during the Holocaust, it’s widely known that millions of people deemed unfit for German society were put to death. Jews, communists, prisoners, foreigners, the disabled and homosexuals had their lives taken away at concentration camps such as Auschwitz - the most notorious of them all.

Among those regarded unfit because of their ethnicity were the so-called Gypsies, or the Romani people. Around 200,000 people are said to have been killed during the Holocaust according to the United States Holocaust Memorial Museum, in what’s referred to as the Porajmos, or the Romani genocide. Starting when the Nazi regime instituted a compulsory sterilization policy for the “genetically defective,” the modern history of the Romani is stained with tragedy.

Textbooks teach us that the Holocaust took away the lives of Jews and “other minorities,” but not enough details are provided about who those minorities were, and why they were targeted. For the first time in Asia, an exhibition provides a look at the lives of the hidden Romani victims during Nazi Germany and gives them a chance to share their story.

The “Unwelcome Visitors: Portraits of ‘Gypsy’ Victims of the Holocaust and Others” exhibition now being held at the KF Gallery in central Seoul, opened on Jan. 24, just in time for Holocaust Remembrance Day, which falls on Jan. 27. The exhibit features photographs of a group of Sinti and Roma families in Dessau-Rosslau before they were taken to the concentration camps during the war from the 1930s taken by a German photojournalist and amateur ethnographer named Hanns Weltzel, along with works by Korean artists.

“The ‘gypsies’ were the minorities of minorities,” said history professor Lim Jie-hyun at Sogang University. “We’ve had many chances to listen to the stories of war victims who were able to raise their voices, but these people’s lives have still been left unrecognized even to this day. They were there, living as neighbors among the Germans, but they were never really welcome as their neighbors.”

The exhibition is collaboration between the Korea Foundation (KF) and the Critical Global Studies Institute at Sogang University, and was planned by Lim and Eve Rosenhaft, a professor from Liverpool University. It was Rosenhaft, a renowned social historian in the field of German historical studies, who found the documents at the library of her school some 20 years ago when looking for materials to teach her students about the Holocaust. Her studies led her to open two exhibitions in Europe with the materials, and Lim, who became acquainted with her some 10 years ago, suggested opening the same exhibition in Korea.

While the exhibition is naturally focused on the genocide committed during WWII and the trauma suffered by the war victims, it’s not meant to remind Koreans audiences that they, too, suffered during the war. Quite the contrary: This exhibition is meant to ring an alarm to the Korean public, reminding people that Korea still continues to be discriminatory.

Lim, as a transnational historian, introduced the idea of “victimhood nationalism,” which states that people of certain nations have a very strong nationalistic perspective based on the belief that they were the biggest victims of a war, or any historical event, and as compensation, they have a right to so much more in contemporary society; even if gaining that right comes at the cost of others.

“Koreans regard themselves as victims, and the historical lesson they want to get from the past - from the war or the Holocaust - is the question, ‘How can we Koreans not be victimized again?’ But our message is different. If you look at the responses to the Yemeni refugees in Jeju Island by contemporary Koreans, you immediately realize that they could any day become perpetrators. I want to get across the message that even though we were victimized, if we keep this nationalistic attitude, we could also become perpetrators.”

Lim and Rosenhaft sat with the Korea JoongAng Daily to talk more about the exhibition: the historical background of the data presented and the messages that resonate today. The following are edited excerpts from the interview.

The “Unwelcome Neighbors” exhibition will be held until Feb. 28 at the KF Gallery in central Seoul to commemorate the Gypsy victims of World War II. The exhibition also touches on contemporary issues of racial prejudice. [YOON SO-YEON]

Q. How did you feel when you first came across the photographs taken by Weltzel?

A. Rosenhaft: I was looking for materials at the school library about the Holocaust, and materials about the Gypsy victims because I wanted to make sure that they were part of the [curriculum]. When the photographs turned up, I thought, “Wow, amazing.” Then I read Weltzel’s letters [that went along with the photographs] and I’ve been following it ever since.

I think it’s important to represent Gypsies among other victims, because in terms of the museum practice in Europe and how historians think of the Holocaust, it’s used to cover a very wide range of policies and practices and victims. So it’s standard now to talk about the six million Jews, Gypsies, black people, homosexuals, the disabled and the political prisoners as well. So talking about all these victims is what I do as a historian.

Countless number of people died in both the war and the genocide. So what is it that differentiates between the battles of WWII and the Holocaust?

Lim: It’s true that there were collateral deaths during the war. But the Holocaust is the intentional killing of a whole category of people - we could call it categorical murder. It’s basically saying, “If you belong to this category, you deserve to die.” But mass killing during a war does not happen like this. People are not killed because they belong to a certain category of people that’s been decided by someone and then annihilated for being so. The logic of the Holocaust is that people are punished not for something that they did, but simply because they belong to a certain race, nation, group or community.

This question might sound too obvious, but what are the dangers of such categorical killings?

Rosenhaft: I would pose the question the other way and ask, when is it ever right to kill? The idea that there’s us and other people, that you aren’t a part of us, that’s completely arbitrary. For instance, I would look like “them” to you, but at home, it’s the other way around. That’s just an accident. It’s the society that decided to draw these lines. And historically, those lines move all the time. The basis is just not logical.

And it’s a matter of self-protection to say that it’s wrong to kill someone because they’re different from you. There was a wonderful expression that was going around in Germany 20 to 30 years ago, that says, “Everybody’s a foreigner somewhere.” It could happen to you, and that’s the message that is most common in Holocaust education. You, too, could be a victim. The danger comes when society [and] the agencies that have that power, decide to draw that line for us.

But since the Nazi regime was elected to power, could it be said that the majority voted to discriminate against the minority?

Lim: The question touches on the essence of the concept called mass-dictatorship. With Nazism and the Holocaust, which was done with massive support from [society], lead us to a certain reflection on the so-called majoritarian democracy. So in the 20th century, people used to think that majoritarian democracy was the most plausible form in politics. But we found that the majority can kill people, saying, “Let’s kill them in the name of democracy,” as was the case for the killing of the Hutus killing Tutsis [in Rwanda].

This exhibition actually shows how we should be protecting minorities in the face of majoritarian democracy. We can’t reject the system, but we know that a certain problem exists. So how should we be making an institution that protects them? This is the underlying question of the exhibition.

How would you like that message to be understood in the Korean context?