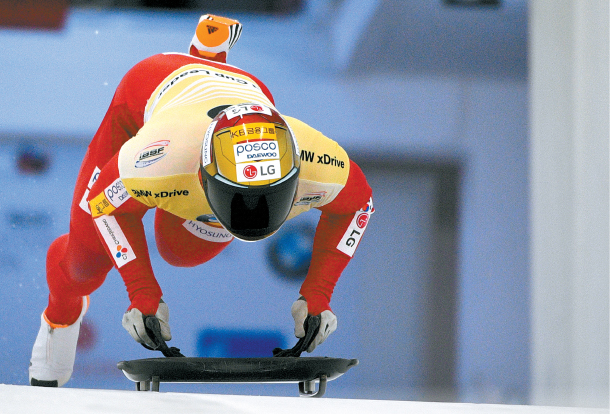 Skeleton racer Yun Sung-bin is continuing his hot streak after the 2018 PyeongChang Olympics. 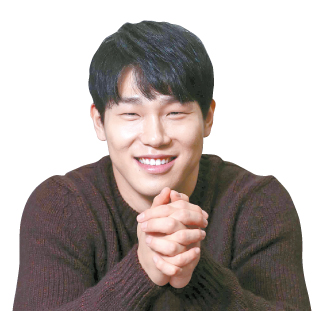 After finishing the PyeongChang Winter Olympics as heroes, the Korean national sliding team was given no further support to continue their dominance due to lack of facilities and investments. Since the Olympics, the Alpensia Sliding Centre, where the sliding events were hosted, stopped operating. The racers had to begin their season without training on the actual track.

Although Yun is not making headlines as much as he did during the PyeongChang Olympics, the lack of a training facility hasn’t stopped his success. In January, Yun won the sixth leg of the International Bobsleigh & Skeleton Federation (IBSF) World Cup race, and as of Thursday, Yun is ranked first in the IBSF 2018-19 standing. This season, he had four top-three finishes at World Cup races before finally winning the sixth leg.

“Since I started the season without training on the actual track, I lost the sense of racing on the actual [ice] track at the beginning of the season,” Yun said. “That’s why it took me until the sixth World Cup race for me to win. It’s important to be consistent. I’m somewhat satisfied about my performance this season.”

Now Yun has finally won his first World Cup race of the season, he has set his sights on winning the IBSF World Championship in Whistler, Canada, which starts on March 7. The track at Whistler brings good memories to Yun, as it was where he won his first gold medal at an international event in December 2013.

“Since I’ve won Olympic gold, my next goal is to win a gold medal at the World Championship,” Yun said. “I can’t forget the support from the fans at the PyeongChang Olympics last year. My body still vividly remembers the four races at the home course.”

Skeleton has definitely changed Yun’s life. In his final year of high school, in 2012, Yun’s physical education teacher, now a director on the board of the Korean Skeleton Bobsleigh Federation (KBSF), suggested he try skeleton. The KBSF needed a skeleton racer, and Yun’s speed grabbed their attention.

It was a completely new sport for Yun, but he consistently trained and slowly made his way to the top. Only a year and a half after starting skeleton, Yun competed at the Sochi Winter Olympics, finishing 16th. Then at his second Olympics, which he competed at less than six years after he began the sport, Yun won Korea’s first-ever gold medal in sliding events at the Olympics.

Yun is now a superstar in skeleton and is now called “Iron Man.” He wears a helmet modeled after the superhero’s.

Even among skeleton racers, he is looked upon differently. Martins Dukurs, who maintained the top spot in the world ranking for nine years, now recognizes Yun. Before the Olympics, Dukurs just walked passed Yun, but now, Dukurs greets him. At PyeongChang, Dukurs finished fifth.

“After the PyeongChang Olympics, Dukurs changed,” Yun said. “Now he talks to me first.”

Despite Yun’s success, he was quickly forgotten by many Korean fans right after the PyeongChang Olympics. However, rather than growing discouraged, Yun is hoping to bring better memories to Korean fans through his continued strong performance.

“Not only for me, but I hope the PyeongChang Olympics can be remembered as a good memory for the fans,” Yun said. “I think the only way for me to repay the love from the fans is to play well consistently.”

To repay the love and support he received from the fans, not only is Yun determined to win the upcoming World Championship, but in the long term, he is hoping to defend his title at the 2022 Beijing Winter Olympics.

“Nowadays, when I see the Chinese racers at the tournament, they remind me of myself when I first started preparing for the Olympics,” Yun said. “Normally [in skeleton], racers from the host country won gold medal, using the home track advantage. I’ll try to end that history in Beijing.”