CHEON GWON-PIL
The author is an environmental reporter of the JoongAng Ilbo. 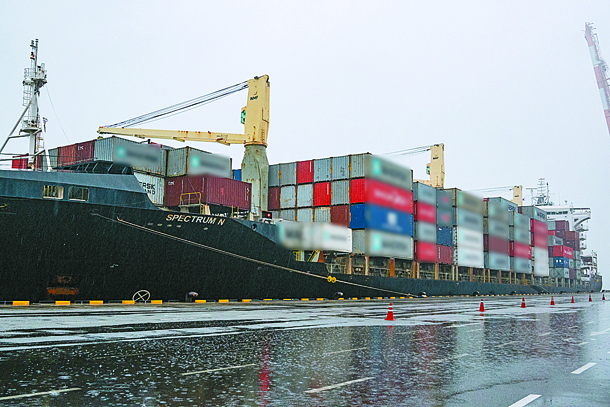 A container ship docked at Pyeongtaek Port that returned after 1,200 tons of Korean plastic waste was illegally exported to the Philippines. [GREENPEACE]

It is an international shame that the exported waste was sent back, but a bigger problem is how the illegal waste is to be disposed of. Primarily, the exporting company must pay and directly handle the wastes. But the company shut down, and no one can be contacted. In the end, the government will likely process the waste and claim indemnity to the company for reimbursement.

It costs 150,000 won ($134) to dispose of one ton of waste in Korea. Including the transport cost and others, it would require more than 1 billion won to deal with this waste. If the government takes the job, the Environment Ministry will pay 70 percent of the cost and the local government will pay 30 percent. It wouldn’t be realistically easy to collect expenses from the company by seizing its assets. At the end of the day, taxpayers’ money would likely be used to dispose of the waste.

The returned waste is likely to remain in Pyeongtaek Port for the time being since the responsible party has yet to be determined. The Environment Ministry claims the city of Pyeongtaek should primarily dispose of the waste, but the city argues the local government cannot handle waste that went through the export.

The central government is mostly responsible for failing to properly manage waste exports. Yet the more fundamental issue is the rapid rise of plastic waste, which Korea cannot afford to process domestically. According to Euromap, the European Plastics and Rubber Machinery, Korea’s plastic consumption per person was 132 kilograms (291 pounds) in 2015, the third largest after Belgium and Taiwan among 63 countries with plastic manufacturing facilities. Our total consumption is expected to increase from 6.71 million tons in 2015 to 7.54 million tons in 2020.

China and Southeast Asian countries increasingly ban the importation of plastic waste for environmental protection. According to the Korea International Trade Association, Vietnam, Thailand and Malaysia banned the importation of hazardous wastes last year, including plastic wastes. It becomes harder to export plastic waste. The United States, Britain and Australia are strictly regulating disposable plastic usage to fundamentally reduce plastic waste. For Korea to avoid the stigma of an exporter of illegal waste, it is necessary to plan to fundamentally reduce plastic consumption.